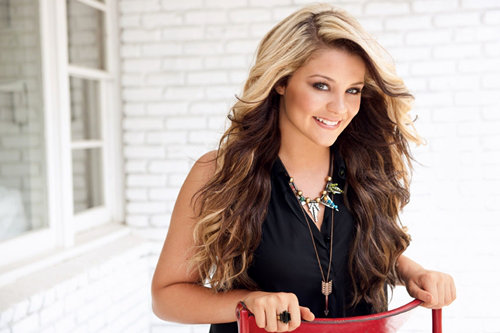 “Making the ‘Georgia Peaches’ video was a blast.  I got to have some of my closest friends in the video.  We were laughing and having a good time throughout the night.  I love that I was able to have them there,” said Alaina on filming the video.  “The song just spoke to me when I heard it.  I felt like I could have written it myself.  I am a proud Georgia Peach!”

Directed by David McClister, “Georgia Peaches” includes cameos by some of Alaina’s closest friends, and was filmed at the Sylvan Park Melrose restaurant in Nashville.

In addition to CMT, the video will air on CMT’s 24-hour all music channel, CMT PURE.  CMT is the only country music network in the unique position to deliver world premiere exclusives to fans on demand, on multiple platforms.