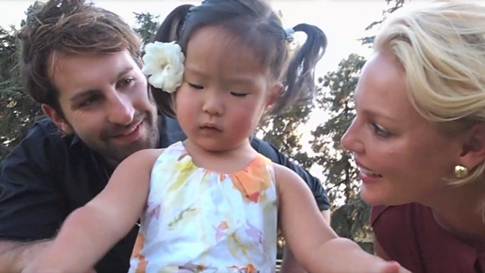 MCA Nashville singer/songwriter Josh Kelley releases his new and most personal music video yet for the loving song about his daughter “Naleigh Moon.”

“I knew you [Heigl] were going to do a great job and you’re an awesome story teller,” Josh says to Heigl at their family home. He adds, “Also, I knew you would do it for free.” The video was shot in Los Angeles and includes home footage of Naleigh over the past couple of years.

When asked about the first reactions to the video, Josh replies, “People loved it. My manager showed it to the record label. The CEO from the record label called me and said, ‘We just played the video for the whole label and over half the people were crying.’”

Josh has been on the road extensively in support of Georgia Clay with opening slots for Taylor Swift, Eric Church and Miranda Lambert. He just wrapped up a tour opening for multi-platinum and award-winning group Lady Antebellum. Catch him this coming weekend performing at the Sundance Film Festival in Park City, Utah.

Fans can purchase the song “Naleigh Moon” by clicking HERE.