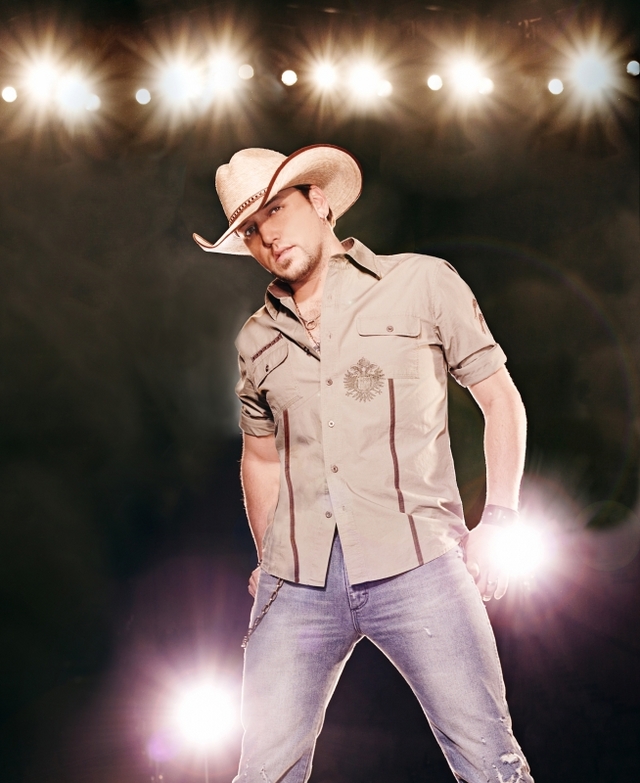 Multiple GRAMMY nominee Jason Aldean kicked off the 2012 leg of his MY KINDA PARTY TOUR with a sold-out first run in Greenville, SC, Fayetteville, NC and Orlando, FL this weekend.  Each of those shows set new attendance records for the arenas.  Fellow Georgia natives Luke Bryan and Lauren Alaina joined Aldean, with DeeJay Silver returning to the tour to keep the party going between sets with his signature rock and country mixes.

Due to overwhelming demand for this final leg of the MY KINDA PARTY TOUR, the new production features a 360-degree configuration that allows fans who couldn’t get tickets before to purchase a view from the rear of the stage.  The 2012 MY KINDA PARTY TOUR is an extension of the record-breaking 2011 leg that sold one million tickets across the country last year.

“I’m not gonna lie…its a big challenge to try and entertain people who are on all sides of you.   I have to work a lot harder, and I come off the stage absolutely drenched.  The opening weekend was unbelievable, and I had a blast pulling Luke and Lauren up on stage during different parts of the show. It’s fun to keep the fans guessing and surprised.  Sometimes, I even get surprised…we had a few stage jumpers, so that kept it interesting for all of us!   The fans were out of their minds this weekend!.”

Additionally, Aldean is releasing “Fly Over States” to radio this week.  The fifth single off his DOUBLE PLATINUM album MY KINDA PARTY, the song is an ode to the beauty and hardworking spirit of our country’s heartland.  Entertainment Weekly said, “The song has the kind of soaring chorus that makes you want to press ‘repeat’ as soon as it ends.”

For a full list of appearances and upcoming tour dates, visit www.jasonaldean.com.