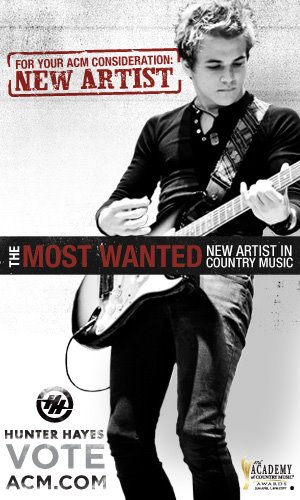 Hunter Hayes fans have the chance to get an exclusive first look behind the making of his new set design they helped create. Hunter asked his followers on Twitter and Facebook what their favorite lyrics from his debut album were and used their responses to design a one-of-a-kind set. To make each show on the Rascal Flatts Thaw Out 2012 Tour special for his audience Hunter writes new lyrics on select pieces of the set each night. Watch the exclusive first look of Hunter’s new set design.

This ACM video message was created with the help of Hunter’s fans, Watch HERE.  You can vote for Hunter Hayes to be the 2012 ACM Awards New Artist HERE. The Academy of Country Music Awards is LIVE on CBS on Sunday, April 1st at 8:00PM ET/PT.