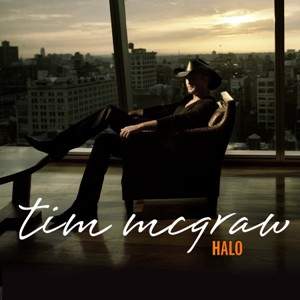 In advance of next week’s January 24th release to retail of Tim McGraw’s latest studio album, Emotional Traffic, Curb Records and NPR have teamed up to promote Tim’s album as part of the “First Listen Series” offering NPR.org, NPR member stations, and NPR mobile applications a stream of the entire album starting January 16th through January 24th.  The “First Listen Series” is promoted in a number of outlets, including prominent homepage placement on NPR.org and NPR.org/music, with additional messaging on all social platforms.

In addition, Curb Records is announcing the fourth digital single, Halo, from the album now being made available as an iTunes exclusive.

Halo will be available for single download on January 17th  – marking the fourth new song from the album being released.  The One That Got Away was released last week in digital format from the new Emotional Traffic project.

His first full-on studio album since 2009, the new McGraw offering is expected to have a strong opening week showing at retail.  The 12 song collection features both McGraw’s latest #1 single, Felt Good On My Lips, and his current chart climber, Better Than I Used To Be. The re-teaming in studio with long time producer Byron Gallimore is a fresh reminder of Tim McGraw’s remarkable creative endurance as a major voice in country music over the past three decades.  To date, he has sold more than 44 million units of music, compiling 32 #1 singles and 60 plus major career industry awards that include multiple Grammy, CMA, ACM and People’s Choice Award wins.

2012 will be a good year for Tim McGraw fans hoping to catch their favorite artist in concert.  In June, McGraw will join Kenny Chesney on the Brothers of the Sun tour.  The large stadium schedule will hit more than 20 major market venues between June and August. Markets already confirmed include Tampa, Atlanta, Dallas, Philadelphia, Nashville, Charlotte, Pittsburgh, Chicago, Denver, Detroit, Anaheim, and Washington, DC.