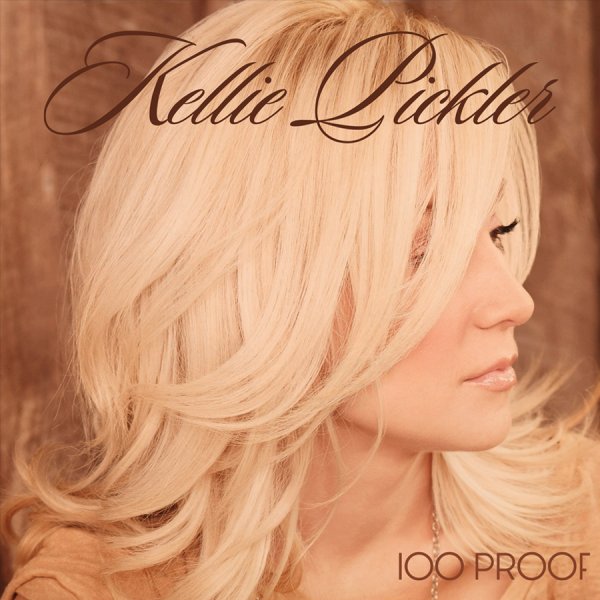 Kellie Pickler is gearing up to release her third studio album, 100 PROOF, on Tuesday, January 24.  The new album is comprised of 11 tracks, 7 of which were co-written by Pickler, and includes her current hit single “Tough”.  Pickler’s musical influences played a significant role in her music on this album and she does a fantastic job honoring her country music heroes.

“I love traditional country music because that’s what I grew up listening to,” she says. “My grandpa Pickler taught me my first country song, ‘My Bucket’s Got A Hole In It,’ by Hank Sr. Tammy Wynette is one of the biggest reasons why I even do this. I wish so bad that I could have been born in that generation and sang country music then.  To be able to have shared the stage with Tammy and sing one of her songs would have been magical. I love Tammy, Dolly, Loretta, and Kitty Wells. I love all the classics. That’s where my soul is, so hopefully with this record it translates that through to the music.”

Pickler kicks off 100 PROOF with “Where’s Tammy Wynette?” which immediately sets the tone of the album & showcases her love for traditional country music.  The feisty song is fun & upbeat, while paying tribute to the country music icon.  Pickler is sassy & fired up on “Unlock That Honky Tonk” where she wants the bar opened, lights turned on, & the good stuff being poured (even if it is only Tuesday night).  “Tough” served as a fantastic debut single from the new album which fans quickly embraced upon its release.  “Mother’s Day” is one of many standout tracks on the album and is written by both Pickler and husband Kyle Jacobs.  The track is about a strained mother/daughter relationship, or lack thereof.  With lyrics such as “Maybe someday I will let go, But right now I’m still hanging on, Maybe one day God’ll bless me with a daughter of my own, We’ll have a love I’ve never known…” the emotional song, coupled with Pickler’s sweet/soft voice, will tug at your heart strings.  Album titled track “100 Proof” is another standout song that beautifully displays Pickler’s passion.  There are two couples displayed in this song and Kellie says she has been on both sides.   “I’ve been both girls in this song,” she says. “I’ve been the girl that I’m singing about in the verses that is not in a good place and not in a good relationship. I’ve been in there so if I would have heard this song four or five years ago, I would never have cut it because I didn’t have that love. I didn’t have 100 proof, but Kyle came along and now I’m the girl in the chorus. I’m that girl and we are that couple.  I’m glad to be on the other side.”

100 PROOF represents Pickler’s growth as an artist as well as a songwriter.  Kellie does an impressive job sticking to her roots on this album.  Her vocals are strong and the songs are fulfilling, making this album certifiably 100 Proof Country!

Pick up your copy of Kellie’s new album 100 PROOF in stores starting January 24th or online at iTunes by clicking HERE.  Keep up with Pickler by visiting her official website, www.KelliePickler.com.