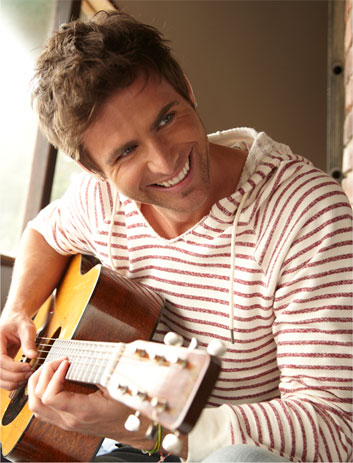 Mercury Records singer/songwriter Canaan Smith will release his debut single, “We Got Us,” to radio on January 9. Just in time for the single to hit radio, Country Weeklyhas named Canaan as one of twelve artists to watch in 2012.

The story of “We Got Us” is a couple in love who take a leap of faith and set out on their own fueled by only their affection for one another.

“Getting to be the voice for this song is a feeling like no other,” Canaan says. “It felt special when we wrote it, and I’m stoked to see the positive early feedback at radio! Thanks for all the support!”

Canaan performed “We Got Us” to an audience for the first time at the Universal Music Group Nashville CRS luncheon held at the historic Ryman Auditorium last March.

Canaan’s debut album will release later this year, but fans can now purchase “We Got Us” via iTunes by clicking HERE.

“This album is my life 3-and-a-half minutes at a time. I wrote what I was feeling, and we cut it like we wanted it to sound. Getting to work with my longtime heroes (producers Brett Beavers and Luke Wooten) has been everything I hoped it would be. I can’t wait to share my stories.”

Get to know Canaan Smith by visiting his website, www.Canaan Smith.com.