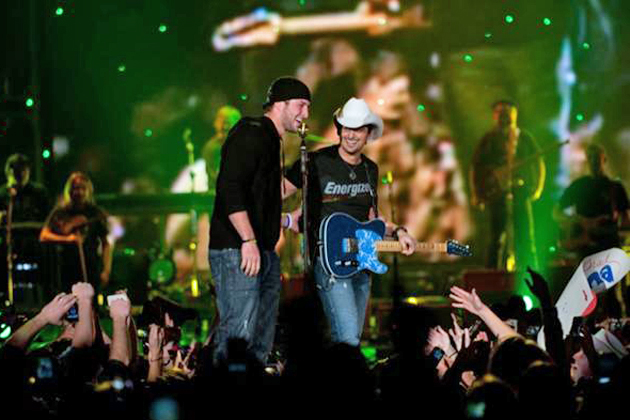 During the show at the Pepsi Center in Denver Paisley invited Tim Tebow, Denver Broncos quarterback, to help him out with “Still A Guy.”  The crowd went wild when their local hero stepped on stage and joined in with a few words of the song.  Later that evening Paisley tweeted: “me and @TimTebow, probably not gonna be nominated for musical Duo of the year, but you never know”

Paisley, band and crew then headed to San Francisco to perform during the halftime of the NFC Championship game between the 49ers and New York Giants.  Military personnel were treated to on-field access for the performance and the 49ers cheerleaders performed a dance routine during Paisley’s current single “Camouflage.”

The Virtual Reality Tour continues this week with shows in Boise, ID, Salt Lake City, UT and Las Vegas NV. Live Nation is the national tour promoter.  Log on to www.bradpaisley.com or www.livenation.com for tour dates and information.