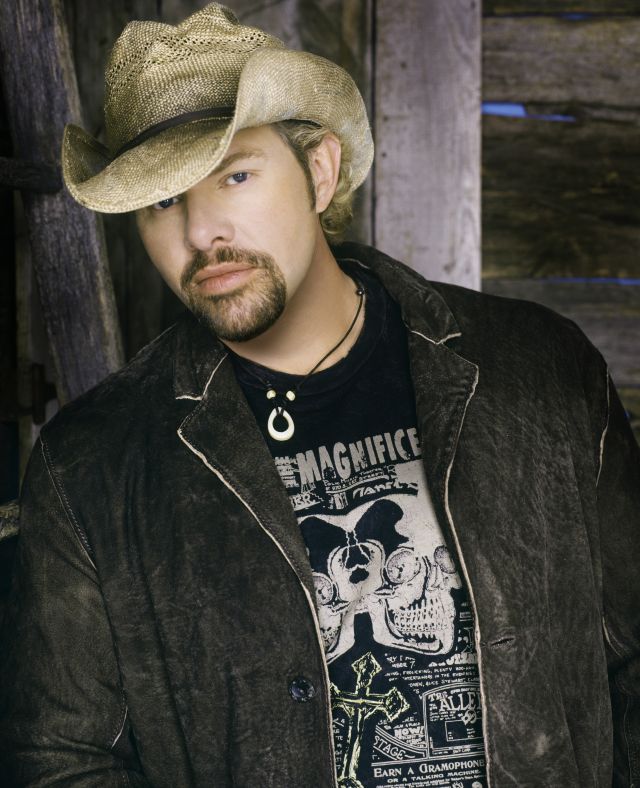 Toby Keith is a 50 million holla man, and his record-setting 2011 is pushing his totals even higher. The Oklahoma-bred singer, songwriter and entertainer was named Artist of the Decade at this month’s American Country Awards on FOX, and a deeper look at the numbers offers astounding proof of his dominance.

Based on monitored radio airplay, the ACA honor recognized Keith for having the most over-the-air performances of any artist over the last 10 years. An analysis by performance rights organization BMI shows that, as an artist, Toby received more than 50 million performances between 2000 and 2010. Because he is the principal creative force behind his music, his numbers as a writer are close behind at 49 million spins. Based on a three-minute per-song average, that means Toby Keith music was heard on the radio throughout the decade for a grand total of 285 years. In addition to Toby’s airplay from the 90s that figure is an even more incredible and admirable amount.

Other 2011 milestones for Toby Keith include:

• Clancy’s Tavern debuted at No. 1 amid critical acclaim. The album was recently named to Amazon’s 10 Best Country Albums of 2011 list.

• Rocketed to No. 1 with the first single from Clancy’s Tavern, “Made In America,” one of the fastest-rising songs of his career.

• Created a viral sensation with the video for “Red Solo Cup,” originally an album track from Clancy’s Tavern. The video, which has amassed more than 7 million views, quickly had radio stations pulling and playing the audio. Download sales rapidly roared past the 600,000 mark, making it one of iTunes top downloads for a month running. The song is currently top 20 and climbing on the airplay charts just a few weeks after officially being named a single.

• Staged his 9th USO Tour and was privileged to be in the company of thousands of servicemen and women as the mission to bring Osama Bid Laden to justice was completed. All in, Keith has performed for 177,000 military personnel during his USO Tours.

• Held his annual 8th Annual Toby Keith & Friends Golf Classic, bringing in more than $650,000 for the Toby Keith Foundation. The aim of constructing the planned OK Kid’s Korral home for pediatric patients and their families received local zoning approval late in the year.

• Opened several more of his I Love This Bar & Grill establishments including new locations in Denver, Boston and Cincinnati. Huffington Post called it one of the “best celebrity-owned restaurants.”

• Was again named the highest paid country musician by Forbes.

• Launched his own beverage brand, Toby Keith’s Wild Shot Mezcal. The spirit played a huge role in growing the market for mezcal and became the No. 1 premium mezcal in the nation.

Stay up to date with Toby by visiting his official website, www.TobyKeith.com.