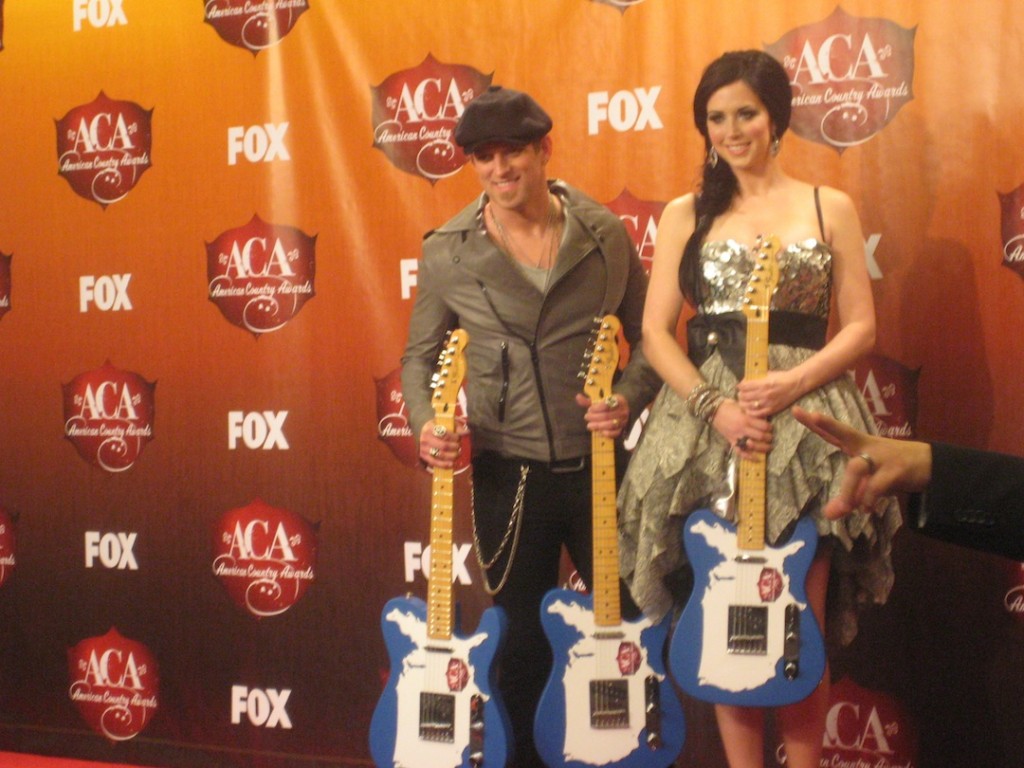 Stoney Creek Records’ Thompson Square ended the evening as the second most honored artist at the awards – tying with superstar and American Idol alum Carrie Underwood.

Keifer and Shawna Thompson accepted the three awards after performing the ACA and Grammy nominated single on the live broadcast as the cameras showed hundreds of fans singing along and even embracing during what has become Country music’s anthem of 2011, “Are You Gonna Kiss Me Or Not.”

“For our very first awards to be determined by the fans is incredibly special,” said Keifer.  “It means so much to us because they’re the ones who buy our music and buy our concert tickets. They’re the reason we do this.”

“Our fans are the bomb-diggidy!” exclaimed Shawna.  “We never expected any of this and for the fans to be the ones to give this to us is pretty sweet. Plus, now I can take the Telecaster guitar off layaway that Keifer had asked for this Christmas  – because he just got three!”

The ACA wins come just days after Thompson Square was recognized by GRAMMY voters with nominations for both Best Country Song and Best Country Duo/ Group Performance of the Year for, “Are You Gonna Kiss Me Or Not.”

The duo’s follow-up single, “I Got You,” is cresting Top 5 at Country Radio.  After playing to over one million fans this year on the Jason Aldean “My Kinda Party Tour,” Thompson Square will join Lady Antebellum on the road for their Own The Night World Tour 2012 on January 27 in Tulsa, OK.