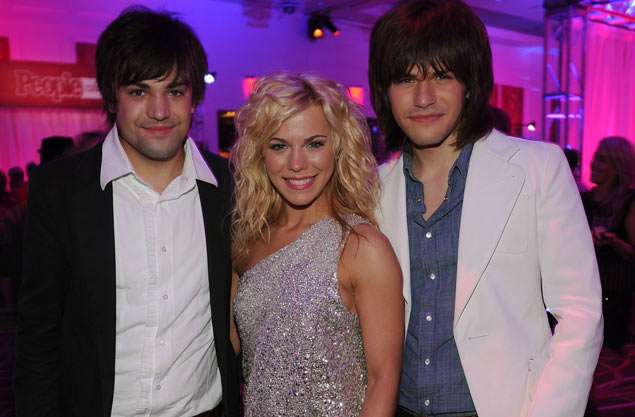 The Band Perry will ring in the New Year as part of Dick Clark’s New Year’s Rockin’ Eve celebration with Ryan Seacrest. They will be part of the Los Angeles party and Kimberly says, “We are ecstatic to be part of Dick Clark’s Rockin’ New Year’s Eve… I always have watched the New Year’s Eve shows, you know, it’s kind of how we ring in a brand new year. And so to be a part of that this year is just gonna be huge for us. I’m so excited.”

Even though they’ll be working, Kimberly, Reid and Neil will find time to come up with some personal and professional resolutions for the New Year, which is something they usually sit down and talk about on New Year’s Eve. Kimberly says, “I think we’ve grown up a lot in both of those areas this year and I’m sure that we’ll have a list full on New Year’s Eve that we come up with.” One thing is for sure, whatever resolutions or goals they set for themselves they all will be there to keep each other accountable. “Yes, we love to hold each other accountable for just about everything in The Band Perry,” jokes Kimberly.