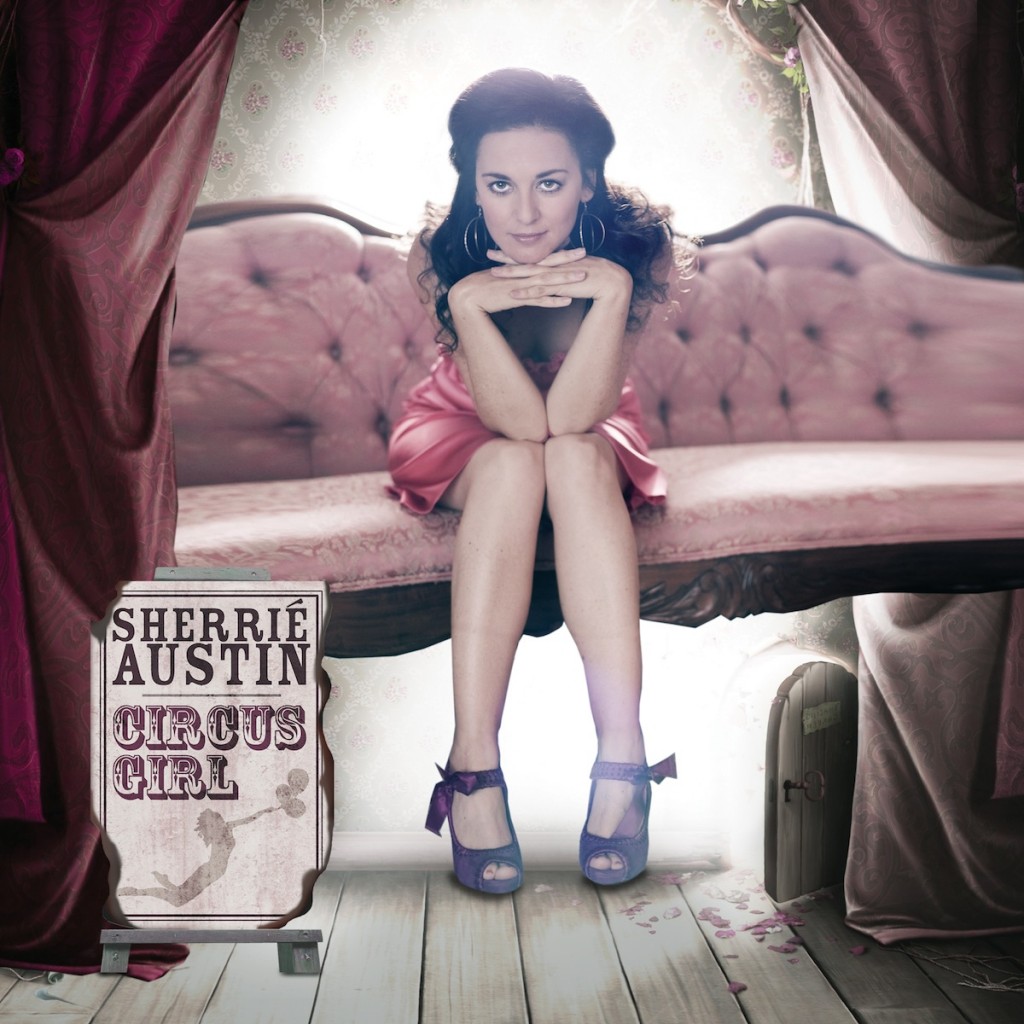 Film, TV, Broadway and recording star Sherrie Austin returned to Country music in a big way this year with her independently-released album, CIRCUS GIRL, which has been named one of AOL The Boot’s “Top 11 Country Albums of 2011.”

AOL The Boot — which ranks CIRCUS GIRL alongside albums by Miranda Lambert, Brad Paisley and The Civil Wars – heralds Austin as “a terrific vocalist and a top-notch songwriter and ‘Circus Girl’ is her best work yet.”

Austin was recently lauded by fans as the “Taylor Swift of the Sex & The City generation,” and lived up to the unofficial title when AOL The Boot deemed CIRCUS GIRL, “rife with humor, sensuality and a whole lot of heart.”

Austin is profiled today in a thought-provoking career feature in The Huffington Post.  In the article, Austin candidly discusses the liberation of releasing a DIY project as well as the rollercoaster of a life-long career in the entertainment industry, see HERE.

Austin’s first new album in 8 years, was also recently spotlighted as part of Billboard’s 615 Country. Austin discusses her new music with Billboard and how it speaks directly to the 30-40 year old female audience – something that not many are doing on today’s Country radio, see HERE.

Austin has also garnered attention recently for her role in the Sundance Channel reality documentary series, “Girls Who Like Boys Who Like Boys.” Austin stars with her real-life best friend, songwriter/ artist Shane Stevens (co-writer of Lady Antebellum’s “American Honey”) on the show’s 2nd season that documents the lives of straight women and their friendships with their gay male best friends.

This Friday, fans of both Austin’s music and “Girls Who Like Boys Who Like Boys,” can tune in to the show to see the making of the music video for Austin’s fun, infectious holiday single, “Naughty or Nice,” a duet with Shane Stevens.  The holiday hit can be seen nationwide on CMT, GAC and The Country Network as well as on CMC in Australia. The making-of “Naughty or Nice” episode airs this Friday, Dec. 16th on the Sundance Channel at 9 pm ET/ 8 pm CT.

Austin will be featured on the CW’s Inside Music Row the very next evening as she invites fans into her Nashville home for an inside look on the making of CIRCUS GIRL.  Inside Music Row airs on the CW network on Saturday, Dec. 17th at 9:30 pm CT and is syndicated nationwide. For local listings, please click HERE.