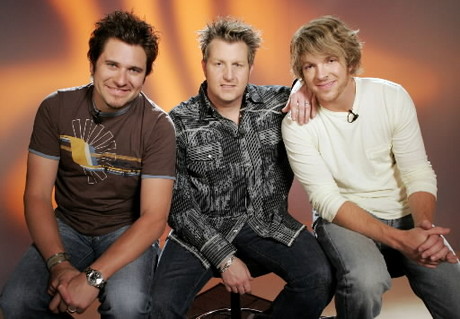 Norwegian Cruise Line and Rascal Flatts, one of the hottest groups in country music, announced that the band will perform an exclusive, first ever concert at sea on board Norwegian Spirit’s February 26, 2012 sailing from New Orleans to the Western Caribbean.

The intimate acoustic performance will take place when the ship is docked in Cozumel on March 2, 2012.

“It’s not even Christmas yet, but we are already looking forward to next spring when we make our first-ever appearance on a cruise ship,” said Joe Don Rooney of Rascal Flatts.  “We will perform and meet fans aboard Norwegian Spirit as it’s docked in Cozumel, Mexico on March 2.  We hope you will join us!”

To promote the performance and the band’s current Top 5, “Easy,” which has just been certified gold with 500,000 digital downloads, radio stations in more than 20 top markets, including Canada, are holding on-air contests over the next several weeks for lucky listeners and their guests to win the seven-night cruise on Norwegian Spirit, along with airfare to New Orleans, and receive VIP tickets to the concert, including a special meet and greet with the band.

In addition, Norwegian Cruise Line is offering guests on board the ship the opportunity to see the concert with two different ticket options available for purchase. The VIP package is available for $150 per person and gives guests the chance to get up close and personal with the band during a private cocktail reception, where they will have the opportunity to meet and greet with band members Jay, Joe Don and Gary, have their photo taken with the band and receive an autographed souvenir.  Standard tickets are available for $50 per person and guarantee a seat in the ship’s Stardust Theater for the concert.