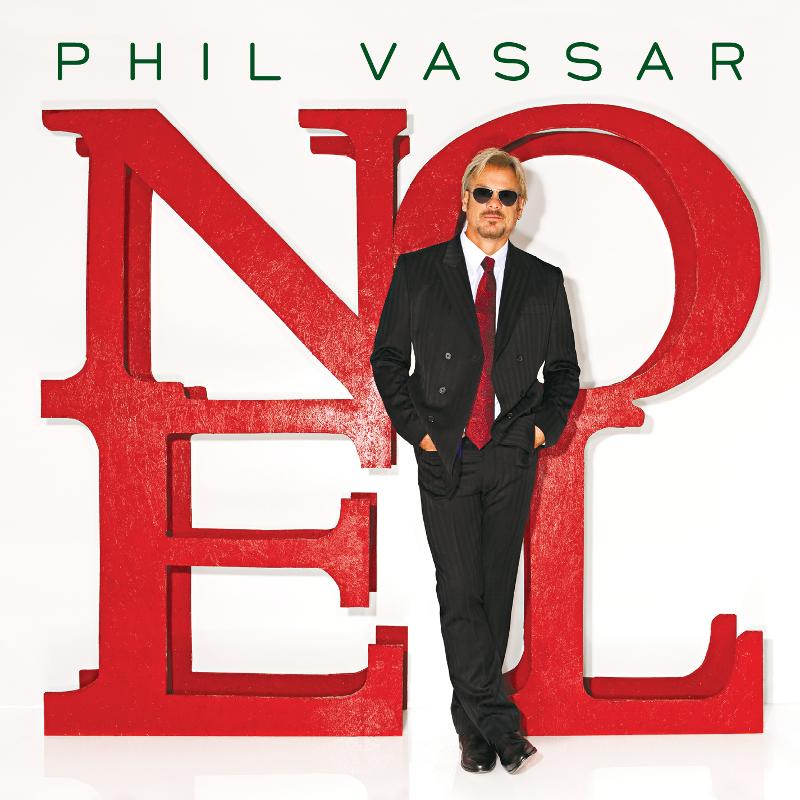 Award-winning singer/songwriter Phil Vassar has been on tour promoting his debut holiday cd Noel, and this week he will perform cuts from the critically-acclaimed album on the nationally-syndicated “The Better Show“ in New York City on Thursday, December 8, 2011. The episode will air on Thursday, December 15. Check local listings at Better.tv. On Friday, December 9, Phil will perform two songs from Noel on the popular “The 10! Show“on Philadelphia’s NBC affiliate.

Following dates in Verona, NY and Glenside (Philadelphia), PA this weekend, he will return to Nashville to perform at the Grand Ole Opry on Tuesday, December 13 at the historic Ryman Auditorium. At 9:15 p.m., after his Opry appearance, Phil will sign copies of both Noel and his new The Hits Live on Broadway cd at the new Opry Originals store. The store is located just a block from the Ryman at 300 Broadway in downtown Nashville. For Opry tickets and details on the in-store appearance, visit www.Opry.com.

Phil will be back downtown on Thursday, December 15 for an exclusive performance at The Country Network’s “Live from the Ledge” concert series at Nashville’s Hard Rock Café. Tickets are $5.00 at the door, and proceeds benefit the Country Music Hall of Fame and Museum.

CountryMusicRocks loved Vassar’s holiday cd.  NOEL offers listeners a well rounded holiday album as it includes the holiday songs that will always be a part of this season and it also offers something new to enjoy.  Vassar nails it on this album with his song choices and music arrangements, making this holiday album unique, fun & timeless. Read our entire review HERE.

The physical Noel cd can be purchased at www.PhilVassar.com, and the digital cd is available on iTunes – where the album is featured as one iTunes’ “Holiday Favorites” on the country home page – and other digital retailers. For additional information on tour dates, music and more, visit www.PhilVassar.com.