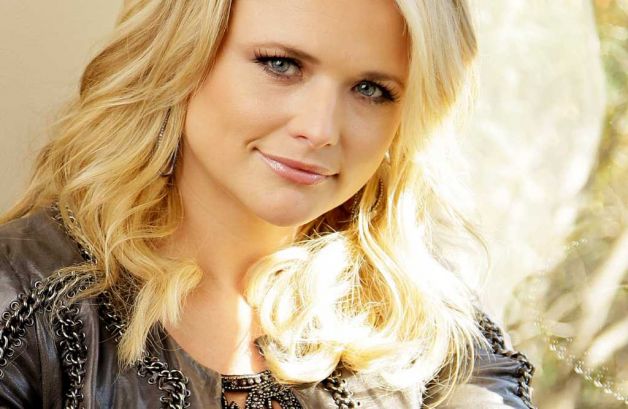 Looking back, Miranda Lambert says that she pretty well managed to stay on Santa’s “nice” list in her younger days, but it was when that nice side of her started playing music in bars that Miranda says she didn’t stop being nice, but she was out to earn respect — and there was some toughness that needed to come through.

Lambert says that music helped her develop an edge, but she was a good kid. “I definitely was…growin’ up was a very good kid. I pushed the limit, but I never really got too far out there. I wasn’t one of those ‘rules are meant to be broken’ kind of [kid]…I was not a rebel at all; I didn’t party at all in high school. I was a very good Christian girl, yeah. And not that I’m not now, it’s just, I learned, you know, when I started playin’ in a bar, all of that sort of changed. I, you know, kind of got thick-skinned and had a little chip on my shoulder because I had to walk in a place with my guitar, and people, ‘Oh, how cute, little 17-year-old blonde girl with braids,’ and I was like, ‘No. That’s…thanks, but no. Listen, I have to say something that’s important,’ you know? I think that’s how I got my rough edge is playin’ in those bars every weekend for three years and then goin’ on Nashville Star in a competition and goin’, ‘I’m not here to make friends. I’m here to get a record deal.’ You know? And I did.”

You can expect Miranda’s amazing Four the Record album to turn up on more than a few year-end “best of” lists, and it’s already starting, with Rolling Stone no less, ranking the album at 31 on its 50 Best Albums of 2011 and proclaiming album track “Mama’s Broken Heart” number 26 on its list of the 50 Best Singles of 2011!

Miranda’s Four the Record album includes the first smash single, “Baggage Claim,” and the deeply personal new single, “Over You,” a song written by Miranda and husband Blake Shelton about the death of his older brother, Richie, in a car accident when Blake was a teenager. About “Over You,” Miranda said, “I’ve never cried writing a song, and I don’t know that I ever will again. After we wrote it, Blake said he couldn’t record this song for himself or sing it on stage every night but he would be honored for me to. ‘Over You’ is one of the most special songs I’ll ever be a part of.” Both Miranda and Blake talk about “Over You” in an Associated Press video feature you can see HERE, on WashingtonPost.com.

Stuff your holiday stockings this year with Miranda’s new release Four The Record available in retail stores as well as iTunes by clicking HERE.