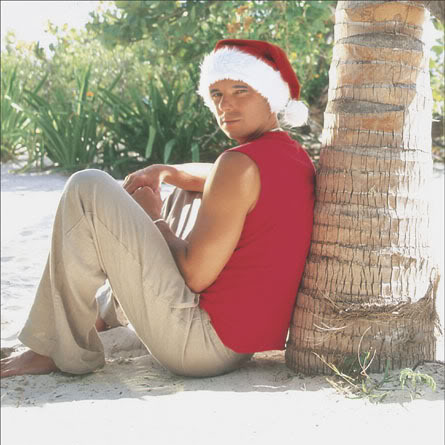 Kenny Chesney reflects back and talks about his favorite holiday song from his youth that he later recorded.  To make things even better, Chesney recorded the holiday song with the original vocalist, Alabama’s Randy Owen.

Chesney recorded “Christmas In Dixie” and is included on his holiday album All I Want For Christmas Is A Real Good Tan. Of the single “Christmas In Dixie”, Chesney says, “Growin’ up in the South, I can just remember hearin’ that a lot. I mean, every Christmas, you heard Alabama. You heard Randy Owen singing ‘Christmas in Dixie.’ And it was just one of those songs that…you know, my hometown radio station played every year. And I just always remember lovin’ that song, and then I got into the music business and was able to get to know Randy and Mark, Teddy, and Jeff. They just mean so much to me. And you know, to have Randy come in and to lend his voice to one of my records was just an awesome feelin’. Somethin’ that I’ll be able to have forever. It’s pretty cool.”

Kenny also recalls his contribution to a school Christmas play, take a listen below. Its ironic to hear Chesney say that he didn’t sing in the Christmas play back when he was younger and was afraid to be up on stage.  Look at him now as he performs in front of tens of thousands of fans.  Lucky for us, he loves to be stage!

All I Want For Christmas is available in stores as well as on iTunes by clicking HERE.