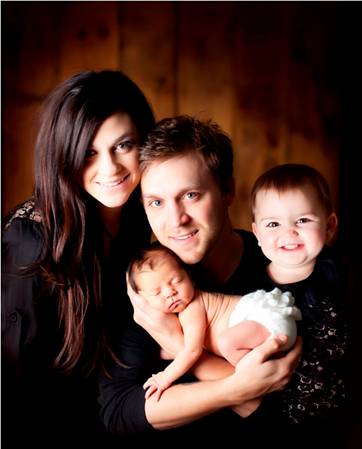 This Christmas will be extra special for Justin Moore and his wife Kate, who just welcomed their second daughter, Kennedy Faye, into the world on November 21st. She joins older sister Ella Kole, who will be two in February, and one thing Justin says he has learned about his little girls over the last two years is that they’re not gonna break.

Justin says, “I accidentally hit Ella in the head one time. I just like swung around … and her nose started bleedin”. And I started cryin’. I’m like, “Oh my God, what, oh my God, whatta, whatta we do?” And my wife’s like, “She’s fine. It’s ok.” Now Justin relates having kids to having a new truck. “For a while, I’m like, I don’t want her to get a speck of dirt on her. It’s like when you get a new truck and you’re, like, keep it clean every few days. Now I’m just like, “Ehh, let ‘er go. Let her go be a kid.”