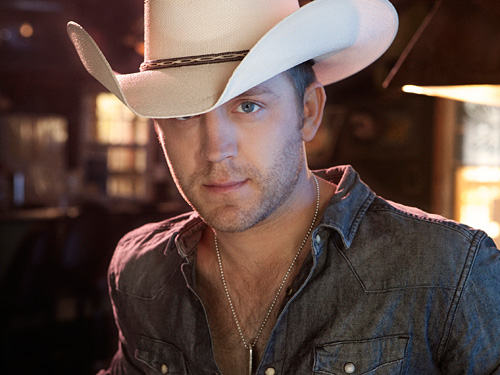 One thing Justin Moore has always wanted to do since he started his music career is organize a hometown event to raise money for charity, and it looks like 2012 may be the year he’ll get it started. “I kinda wanted to wait until I had what I thought was a legitimate platform instead of just going down there and raising a few hundred dollars, which every little bit counts. And more than likely it would be for St. Jude.” Now that he’s had some success and could attract more attention to an event and raise more money he says, “We’ve been trying to find a date for it.” Plus he’s already started enlisting friends. Justin boasts, “Darius [Rucker] owes me a bet. We bet on the South Carolina/Arkansas game last year, so he lost it so he’s gotta come do a charity event for free for me. F-R-E-E, free. We just gotta find a date.”

As a father of two healthy little girls Justin will likely choose St. Jude as the beneficiary of his event because he says, “I’ve got a soft place in my heart for that place and those kids. I mean I’ve been able to go down and visit those kids and see that. And if that don’t touch your life and change you then you’ve got something wrong with you.”

Moore will be kicking off the new year on Blake Shelton’s Well Lit & Amplified Tour. To see if he is coming to an area near you, visit his official website www.MooreJustinMusic.com.