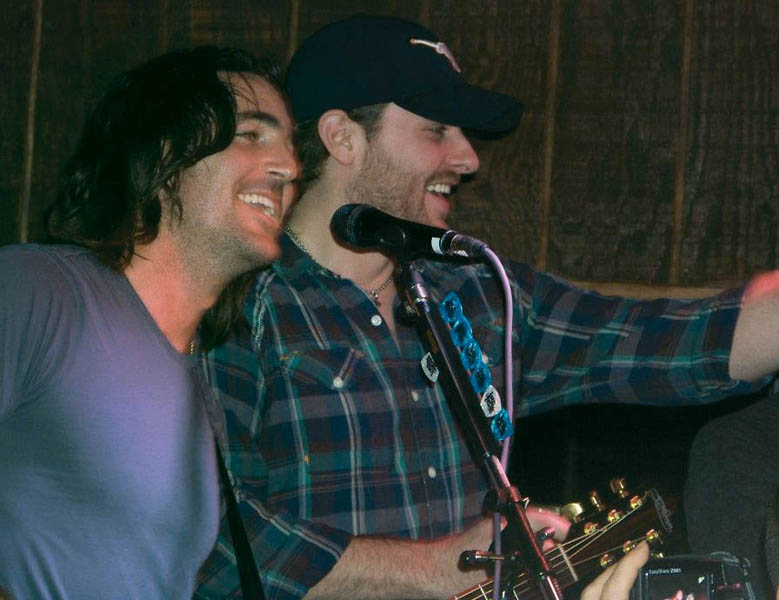 Due to heavy rains on Saturday, Jake Owen was forced to cancel his charity concert at Holman Stadium in his hometown of Vero Beach, FL. The concert would have been the final event in a weekend full of fundraising activities for Jake and his high school friend and tennis star Mardy Fish.

The pair hosts the Mardy’s Tennis and Jake’s Music Fest annually to raise money for St. Jude Children’s Research Hospital as well as children’s athletic and music programs in their hometown.

Around 3:00 p.m. Saturday, Jake tweeted to his fans that “my charity show will have to be rescheduled due to the weather. Such a bummer. I’m sad thinking about it. Thanks again.”

In addition, Jake says, “Everyone always works so hard putting this event together. The situation was out of our control and it was so disappointing when we couldn’t perform at the stadium, but the concert is just one part of the weekend’s events. We still raised money for a really great cause and the show will definitely be rescheduled.”

The official cancellation statement says, “Due to inclement weather and public safety concerns, the Mardy’s Tennis & Jake’s Music Fest Concert scheduled for this evening, Saturday, December 10, 2011, has been canceled. The concert will be rescheduled for a date soon to be announced. All tickets will be honored for the rescheduled date. The Mardy Fish Foundation and Jake Owen Foundation are grateful for the support of all sponsors and attendees.”

“Logistically, it was just out of the question,” said Keeney. He said it was Jake who was the most resistant to canceling the show because he didn’t want to disappoint the five thousand fans who had purchased tickets.

Since Jake couldn’t perform at Holman Stadium on Saturday night, he decided to do an impromptu concert at the Riverside Café in Vero Beach, which is where he could often be found singing his original songs on Sunday afternoons during his college days. Jake and his friend and label mate Chris Young came to Vero Beach to perform and they didn’t want to leave town without doing so. Jake and his band and Chris sang until the wee hours of the night for a standing-room-only crowd.