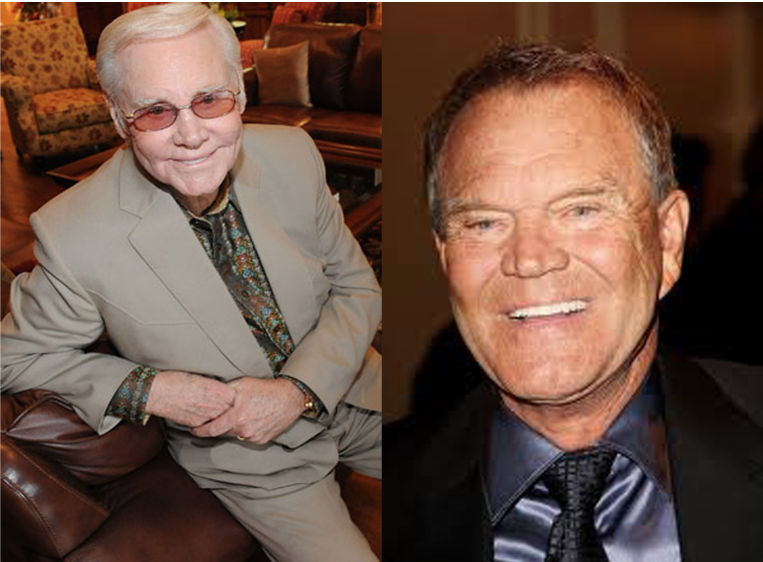 The Recording Academy® announced its Special Merit Awards Recipients today, and among this year’s selections include country music icons Glen Campbell and George Jones as Lifetime Achievement Award Recipients as well as several other talented artists.

“This year’s honorees offer a variety of brilliance, contributions and lasting impressions on our culture,” said President/CEO of The Recording Academy Neil Portnow. “It is an honor to recognize such a diverse group of individuals whose talents and achievements have had an indelible impact on our industry.”

The Lifetime Achievement Award honors performers who have made contributions of outstanding artistic significance to the field of recording while the Trustees Award recognizes such contributions in areas other than performance. Both awards are determined by vote of The Recording Academy’s National Board of Trustees. Technical GRAMMY Award recipients are determined by vote of The Academy’s Producers & Engineers Wing Advisory Council and Chapter Committees as well as The Academy’s Trustees. The award is presented to individuals and companies who have made contributions of outstanding technical significance to the recording field.

During his 50-plus years in show business, five-time GRAMMY winner Glen Campbell has released more than 70 albums. In 1967 he won GRAMMYs in both country and pop categories for his hits “Gentle On My Mind” and “By The Time I Get To Phoenix,” respectively. Campbell has three recordings in the GRAMMY Hall Of Fame and has also been inducted to the Country Music Hall of Fame.  He was also a member of the famed Wrecking Crew, Los Angeles’ group of top studio musicians in the ’60s. In 2011 he released his farewell album, Ghost On The Canvas, which featured collaborations with Jakob Dylan, Chris Isaak and Billy Corgan, among others.

As one of the most prolific country artists in history, George Jones has had more than 150 hits over his half-century career. From honky tonk to country ballads, he has remained at the top of the charts with hits such as “White Lightning,” “He Stopped Loving Her Today” and “Still Doin’ Time.” Jones is a two-time GRAMMY winner, Country Music Hall of Fame inductee and a Kennedy Center Honors recipient. At 80 years old, he continues to tour, playing more than 60 shows each year.

The special invitation-only ceremony will be held during GRAMMY® Week on Saturday, Feb. 11, 2012, and a formal acknowledgment will be made during the 54th Annual GRAMMY Awards telecast, which will be held at STAPLES Center in Los Angeles on Sunday, Feb. 12, 2012, and broadcast live at 8 p.m. ET/PT on the CBS Television Network. For breaking news and exclusive content, join the organization’s social networks as a Twitter follower at www.twitter.com/thegrammys, a Facebook fan at www.facebook.com/thegrammys, and a YouTube channel subscriber at www.youtube.com/thegrammys.