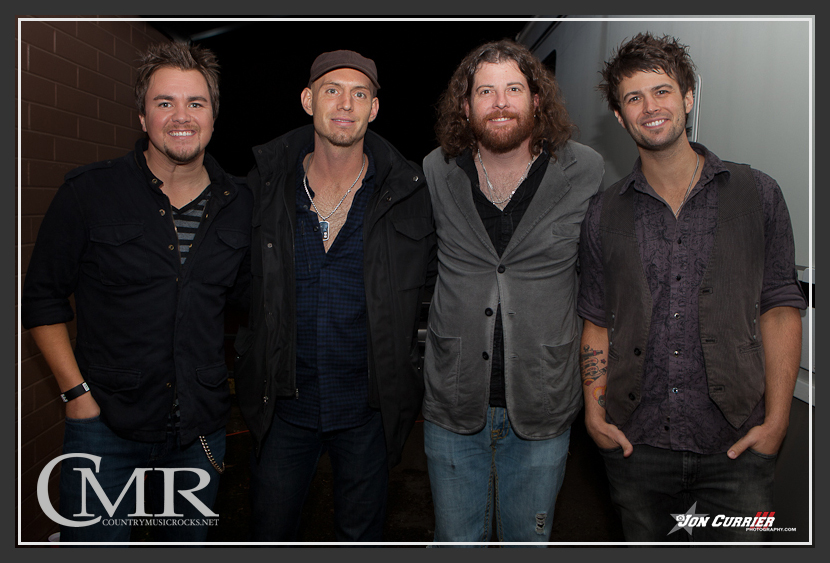 The Eli Young Band will end a monumental year with several accolades thanks to their breakout hit, “Crazy Girl.” Billboard has announced the record-breaker as the #1 Country Song of the Year, based on 2011 audience impressions. Just last month, “Crazy Girl,” topped both Country Radio Charts and the digital single certified platinum for sales in excess of 1 million after selling over 30,000 copies a week, every week, for months on end.

While EYB spent the latter part of the year on Dierks Bentley’s Cold Cans And Country Tour, they are headliners in their own right with an established ticket-selling fanbase. EYB hit new heights on the touring front this year selling out 94% of all headlining shows from coast to coast from selling 24,000+ in Dallas to packing venues in California, Minnesota, Rhode Island and in between – even during first-ever visits to the markets.

In 2012, EYB will introduce fans and Country radio to their follow-up single, “Even If It Breaks Your Heart,” whose message parallels the band’s own journey.