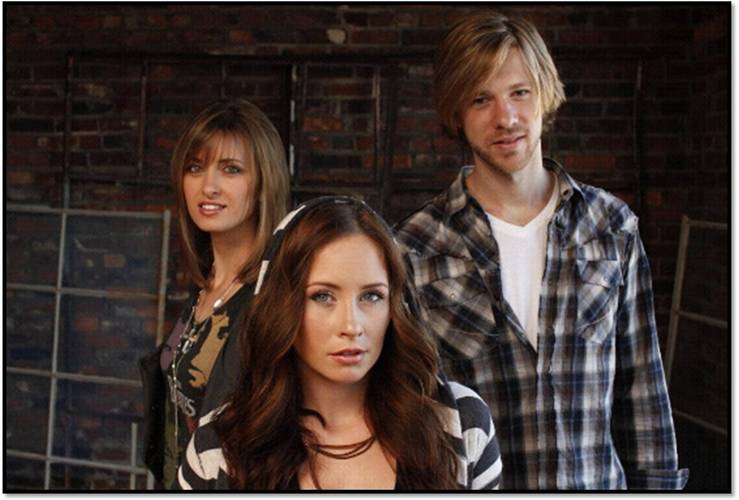 2011 was a big year for Edens Edge, being a part of three major tours – Brad Paisley, Reba and Lady Antebellum, and they’re already in talks to get on another big tour in 2012. Plus they scored their first top 20 hit with “Amen,” and all of that just makes them want to dream even bigger for next year.

“Well we definitely would like to get an album out, a full album out,” says Cherrill. “We’d love to see something get in the top ten. That would be a big goal for us for this next year, and then, you know, working toward having your own headlining tour would be amazing. I think that’s a couple years out … and just keeping on growing our fan base and meeting new people and getting new music out to ’em.” Hannah adds, “It’d be awesome to win like New Artist or Vocal Group of the Year or Song of the Year or Album of the Year or Music Video of the Year or any of those. All of the above.” Cherrill agrees, “Even a nomination would be awesome.”

Heading into the New Year, Edens Edge’s “Amen” continues to make its way toward the top 15 on the charts. The band will perform in Nashville on New Year’s Eve.