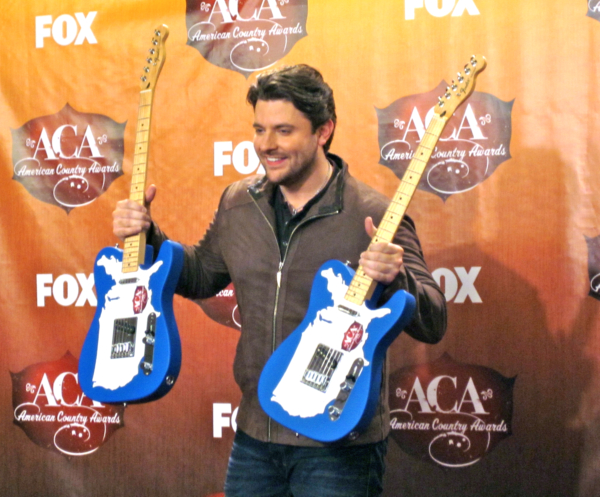 What happens in Vegas doesn’t always stay in Vegas!  Chris Young had a winning night as he not only performed his recent #1 smash “Voices”, but was honored by being awarded Breakthrough Artist Of The Year and Single Of The Year for the song at the American Country Awards. The show, which aired live on FOX, is fan voted, making the award especially meaningful.

“I had a blast tonight!  I am so thankful for my amazing fans for their support and votes and am thrilled to accept this award,” says Young.

“Voices”– co-written by Young, Chris Tompkins, and Craig Wiseman- is Young’s third consecutive #1 smash and shattered a 25-year record earlier this year, marking only the second time in the modern era of the Billboard country chart that an artist re-released the same recording to chart-topping status.

Young’s current hit song “You,” from his new album NEON, is Top 15 and climbing at country radio.