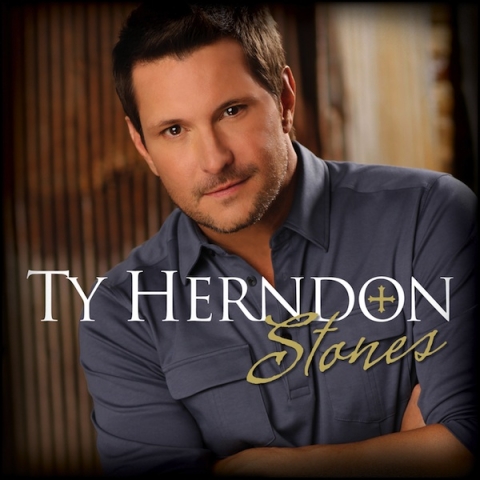 FUNL Music/Flying Island Entertainment artist and Grammy-nominated singer Ty Herndon has released “Stones,” the lead single from his anticipated new studio album, due out in early 2012.

Herndon originally recorded “Stones” for a project that was completed several years ago but never released.  While searching for new material for his upcoming album, however, Herndon rediscovered the song and decided to re-record it.  The updated version impressed the chart-topping Country singer so much that he decided to release “Stones” as the album’s lead single.

“The song ‘Stones’ is really a metaphor for all of those defining moments in our lives that we are faced with,” says Herndon.  “Like the lyrics say, ‘from the cradle to the grave, our lives are paved with stones.’  I’ve always felt it was such a remarkable and thought-provoking song, and it’s really stuck with me through the years.  I’m just thrilled that I’m finally able to share it with my fans.  I can’t think of a better song to release as the first single from my new album.”

“Stones” is the first new music released by Herndon since his critically acclaimed, award-winning 2010 album, Journey On.  The project earned a Grammy nomination in the Best Southern, Country or Bluegrass Gospel Album category and won a Dove Award for the inspirational duet, “When We Fly.”  The “Journey On” title track was also selected as the signature song and music video for the national nonprofit ALS organization, The Kevin Turner Foundation.

“Stones” is going for adds at Country radio now.  After shipping via digital delivery service Play MPE on Nov. 2, the track finished as the most downloaded and streamed song of the day in Play MPE’s Country format.

“Stones” was written by Jimbeau Hinson, Kim Tribble and Jon Michaels.  Preview and purchase “Stones” via iTunes HERE or at Amazon.com HERE.