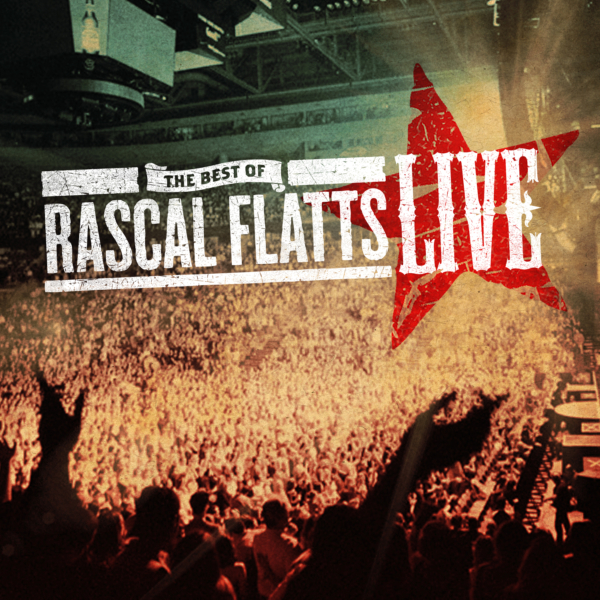 Rascal Flatts has sold an astonishing 6 million-plus live concert tickets and for the first time ever, fans can bring the excitement home with an inaugural full-length live album available TODAY on Lyric Street Records/Hollywood Records.

The Best Of Rascal Flatts Live 10-song collection from 2011’s Top Touring Group features live versions of some of the band’s biggest hits including number one smashes “Bless The Broken Road,” “Stand,” “These Days,” and “What Hurts The Most.” In addition to these power ballads, the album showcases some of Gary, Jay and Joe Don’s best live tempo tracks like the fan favorite “Here’s To You” and their exhilarating version of “Life Is A Highway”.   The album can be purchased HERE and everywhere music is sold.

The current album from Rascal Flatts, NOTHING LIKE THIS (Big Machine Records), debuted last November at #1 on the country album sales chart and they became one of only four country acts to debut six consecutive studio albums at #1.  Since their musical debut in 2000, the band has sold over 20 million albums and 25 million digital downloads and delivered 13 singles to the top of the chart. Rascal Flatts is the most awarded country group of the past decade with over 40 trophies from the American Country Awards, Academy of Country Music, American Music Awards, Country Music Association, People’s Choice Awards and more.  For additional information on Rascal Flatts visit www.rascalflatts.com.