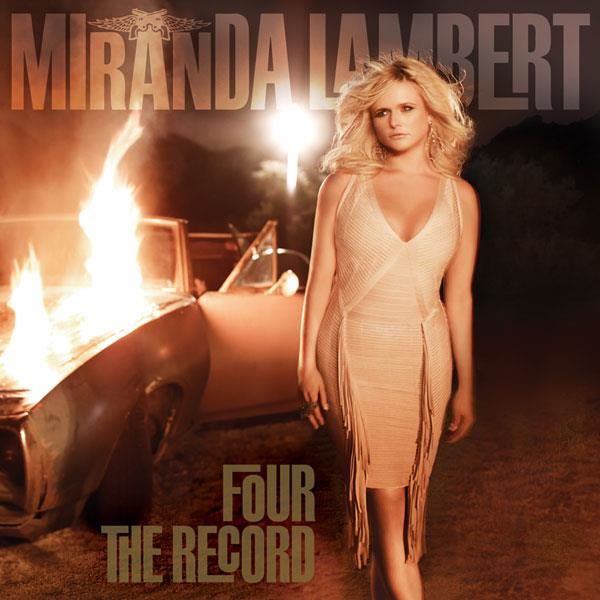 On the feat Lambert said, “Ok, that’s crazy! When you start out you want to blaze your own trail and set your goals and I always worry about living up to the standard I set for myself. But I hope it says to every artist who is starting out that if you really go with your heart and stick to your guns and feel okay with exercising your creative license, it will all end up great because you are doing what you believe in.”

Four The Record finds critics going on the record in praise of the album with Entertainment Weekly saying, “Four is her most vivid effort yet, with brilliantly observed songs about lust (”Fine Tune”) and disappointment (”Same Old You”), as well as a stirring celebration of diversity (”All Kinds of Kinds”). The Los Angeles Times says the album “…represents a further evolution of her talent as both creator and interpreter,” while Rolling Stone exclaims, “Four plays like a country mixtape, taking in honky-tonk, pastoral ballads, country blues and a blowsy duet with Blake Shelton. “Miranda Lambert shouldn’t get to make this many great records,” declares the Houston Chronicle while the Washington Post says of Lambert “…You won’t find a country star more magnetic.”

The reigning CMA Female Vocalist will perform her sit single, “Baggage Claim” at the CMA Awards on Wednesday evening where she is again nominated for Female Vocalist as well as Musical Event of the Year for “Coal Miners Daughter” with her hero Loretta Lynn and Sheryl Crow.