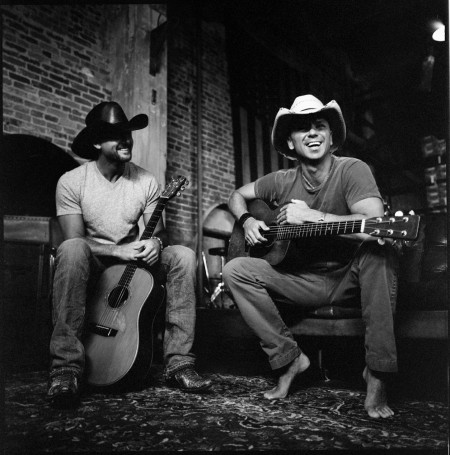 Kenny Chesney’s highly anticipated concert announcement was revealed this morning. As reported last week, Kenny Chesney & Tim McGraw are set to hit the road together this summer for the Brothers of the Sun Tour.  While Chesney typically does a full summer of stadium & arena shows, this year he downsizing his number of tour stops significantly.  At this time only 19 tour stops are scheduled, all of which are stadiums, ranging from Angel Stadium in Los Angeles, to Gillette Stadium in Foxboro, MA.

Of the tour schedule, Kenny tells Billboard “I think we’re going to do the shows we do with Tim and that’s gonna be it,” says Chesney. “I’m going to work on other things, other projects, and I’m constantly working on the record, though I’m not sure when that’s coming. We may go overseas-maybe. But as far as the States, the shows I’m doing with Tim are the only ones we’re gonna do.”

McGraw also conveyed to Billboard his plans as well.  “I’ll probably do a few [live] things, but not a whole lot,” he says. “That will be a lot of people we’ll be in front of every night [on the Brothers tour]. Some of those places, we’ll probably end up doing two or three nights. And who knows, places we get to stay for a couple of nights, Kenny and I may pop up at a few honky tonks while we’re out there.”

While the set up is to be similar to last year’s Goin’ Coastal tour with Zac Brown Band, where each act does their own set and then join together for an encore, Chesney indicates that they are going to try to change it up each night.  “Technically I am closing, but Tim and I are going to give the fans their money’s worth,” Chesney says. “If I was being correct about it, I’d say me and Tim are closing. We’re going to try and change it up every night, have as much fun as we possibly can.”

This tour will definitely rock the summer concert season, even Chesney thinks so.  “I think it’s going to be one of the best tours in the world next summer, not just in country music. With Grace Potter and the Nocturnals and Jake Owen, it’s going to be a fun night of music. I’m glad I’m on stage, but I wish I could be in the audience too.”