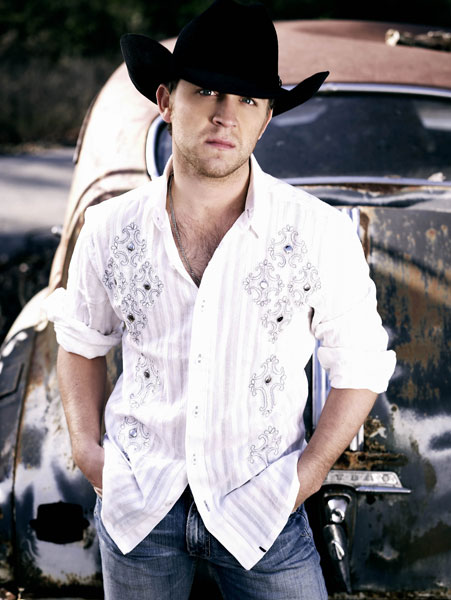 Justin Moore just released his Outlaws Like Me album in June, and the second single, “Bait A Hook,” is still moving up the charts, but he’s already begun writing material for his next album.

“You always gotta keep writin’ so we’re writin’ for another record right now,” he says. “I’ve had people out with me on the bus in the past month or two doing that so you can’t ever rest on what you’ve done. You gotta keep tryin’ to write the next one.” But it’s still too early in the process for him to describe what the next album will be like. Justin explains, “I don’t sit down and go, “Alright, I’m gonna try to write these kinda songs,” and then you kinda follow that path. I just write a group of songs … I sit down and listen to ’em and I go, “Okay, because I have this nucleus, then I can go this direction or I can go that direction with it.” I don’t sit down and go, “This one’s gotta be real country. This one’s gonna be more southern rock.” He does love the fact that his albums have progressively gotten more country and he jokes, “I don’t see that going in the other direction but you never know, I may cut a pop album. Who knows?”