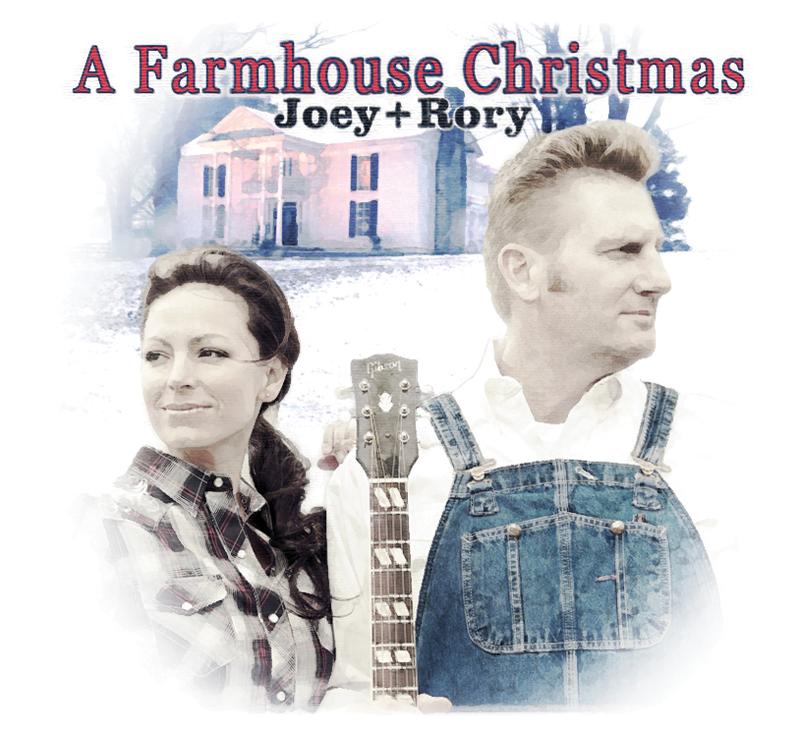 Award-winning husband/wife duo Joey+Rory have not only turned their critically-acclaimed A Farmhouse Christmas cd into a multi-city tour, they have taped a television special called “Country’s Family Reunion Presents Joey+Rory’s A Farmhouse Christmas.” The hour-long special will make its debut during the time slot of RFD-TV’s popular “Country Family Reunion” show at 7:00 p.m. CST on Friday, November 25, 2011.

“We got to know Larry (Black) when we were guests on a couple of his shows earlier this year on RFD'” said Rory Feek. “We love what he’s done with county music and values on his programs, and we pitched him the idea of A Farmhouse Christmas. Larry’s an outside-the-box thinker, like we are, so I think it just made sense and sounded like fun to him. We’re thrilled at how it turned out, and we’re anxious for everyone to see it. Funny thing is, we don’t even have a tv, so we’ll have to go visit someone and catch it one these nights!”

Taped in their 1870s farm house and spacious barn in Pottsville, Tennessee, Joey+Rory mixed songs from their A Farmhouse Christmas cd with light-hearted conversation about Christmas memories, favorite gifts, cooking and more. They performed all of the songs with their band in front of a set that they built in their barn. “It was decked out like a winter wonderland”, wife of the duo, Joey Martin added. “You won’t even be able to tell Rory usually has his old cars and boat parked where we were singing!”

“We fell in love with Joey and Rory when they were musical guests on ‘Larry’s Country Diner,’ and ‘Country’s Family Reunion'” said Larry Black, producer of both shows. “They are such a sweet couple – so engaging and so warm. When they came up with the idea to do a television special surrounding their new Christmas album, I said, ‘if you can pull it off, we’ll do it.’ The show they came up with smacks of the old and resonates with the new.”

Click here for a sneak peek of the show.

Joey+Rory will miss the television show when it debuts on Friday night, as their A Farmhouse Christmas Tour kicks off in Joey’s hometown area of Anderson, Indiana the same night. The full slate of dates for the unique concert can be viewed at www.JoeyandRory.com.

AllMusic.com called their new cd, “Warm and fun, A Farmhouse Christmas is as unassuming as it is a breath of fresh December air.” Today’s Country Magazine reviewed,”It’s sweet, it’s fun and it’s traditional. It’s everything you would want in a holiday album and more.” Country Entertainment USA Magazine said, “This cd is destined to become a holiday favorite,” and Music News Nashville gushed, “This album definitely gives one that warm and fuzzy feeling that the best things about Christmas do for all of us. You can feel the cold outside, and the warmth inside – unless, of course, you are listening to the uniquely written ‘Let It Snow (Somewhere Else),’ which is about a place where you might have the Christmas spirit, but you won’t get the frozen precipitation!”

For additional information about the A Farmhouse Christmas cd, the tour or the television show, visit www.JoeyandRory.com.