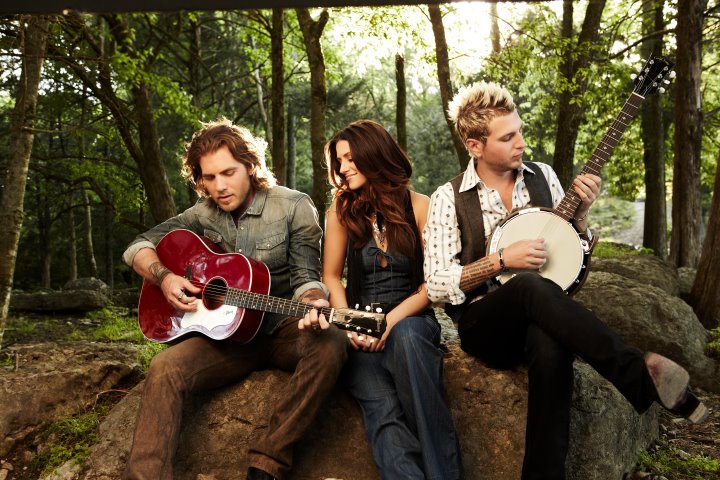 Emblem Music Group/ Warner Bros. Records trio Gloriana will perform on NBC’s “The Tonight Show With Jay Leno” on Thanksgiving Eve, Wednesday, November 23rd at 11:35pm EST (check local listings). As a means of expressing thanks to the U.S. armed forces, “The Tonight Show with Jay Leno,” will once again host a special show for U.S. military personnel with the audience made up of representatives from each of the five branches of the U.S. Armed Services and Gloriana is set to perform “Soldier Song,” inspired by the band’s trip overseas to perform for the troops stationed in the Middle East and Europe last November.  Gloriana, whose new single “(Kissed You) Good Night” is currently climbing the country charts, recently put the finishing touches on their second album set for release early next year.

“Soldier Song” was written by band members Tom and Mike Gossin and multi Grammy Award winning producer Matt Serletic. Other guests on “The Tonight Show With Jay Leno” on November 23rd will include Chelsea Handler and Orlando Magic center Dwight Howard. Fans can get up to date information on Gloriana by going to www.Gloriana.com.