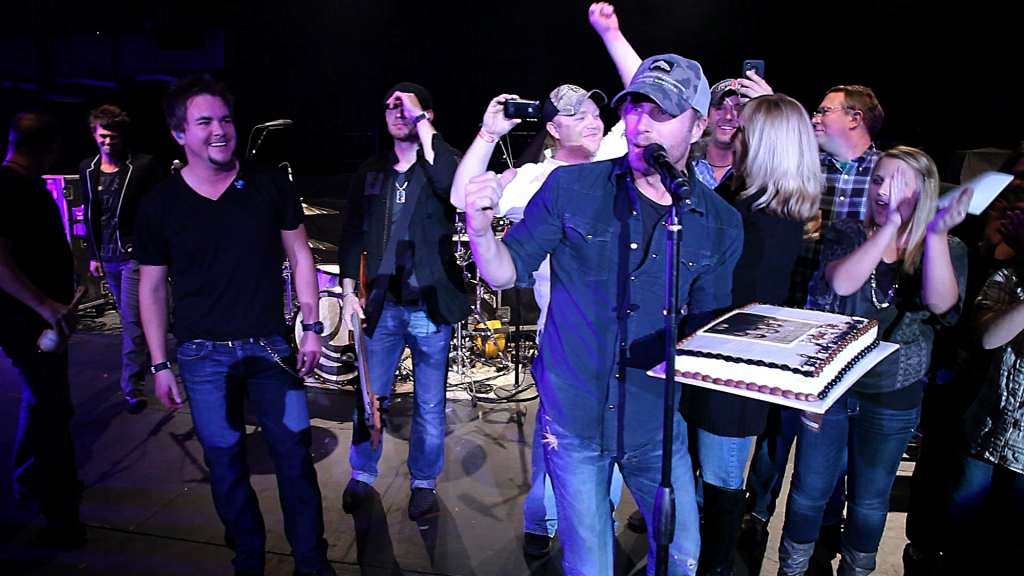 The Eli Young Band is celebrating their first #1 hit with “Crazy Girl” just days after performing the song on Late Show With David Letterman. Today, the song climbs to the top of both the Billboard Hot Country Singles Chart as well as the USA Today/Country Aircheck powered by Medibase Chart.

Over the weekend, country star Dierks Bentley surprised Eli Young Band on stage with a special cake congratulating them on the milestone. EYB is currently opening dates on Dierks’ Cold Cans & Country Tour. 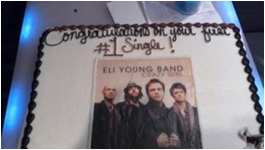 The band is enjoying the good fortune and support this song has brought their way. Upon learning they were going to reach the #1 spot, lead singer Mike Eli said, “we’ve been really, I mean extremely lucky to have a lot of success, but this song has changed a lot for us, and especially now that it’s getting so much radio play.” He continued, “more people out there are hearing about us and hearing our music and it’s really changing things for us.”

“Crazy Girl” was recently certified platinum by the RIAA for sales of over 1,000,000 downloads and has sold over 30,000 copies a week, every week, for months on end. The video for the song has become a YouTube favorite tracking over 6,500,000 views to date.

The band has been announced as performers for the 2nd Annual American Country Awards in Las Vegas, which airs live on FOX, December 5 from 8:00 – 10:00PM EST (PT/tape delayed). EYB is also nominated for Artist of the Year: Breakthrough Artist. Voting remains open through November 11 at www.theacas.com.