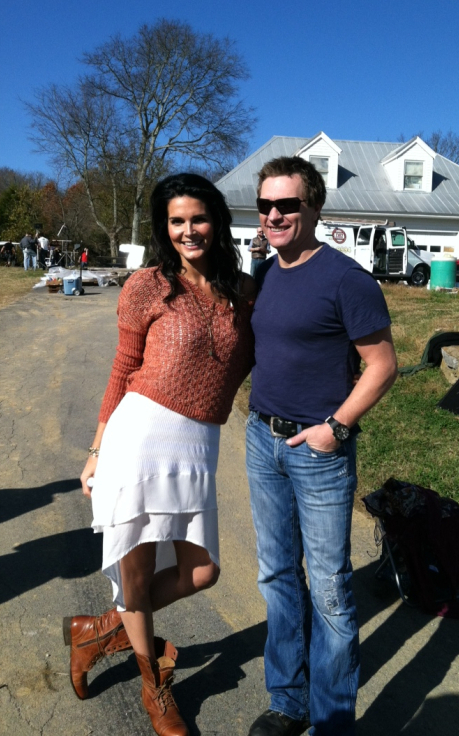 Country music star and TV host Craig Morgan is seeing stars! Late last week, Morgan visited the set of the hit Lifetime series Army Wives where he filmed a guest appearance for the show’s sixth season, set to air in early 2012. A 10-year Army veteran, Morgan also took to the football field in Nashville over the weekend to perform the national anthem at the Tennessee Titans vs. Cincinnati Bengals game for the home team’s Veteran’s Day celebration. To top off the past week’s events, today he is joined in Nashville by Rizzoli & Isles (TNT) star Angie Harmon to shoot the music video for his latest smash single, “This Ole Boy.” The clip can be seen on TV and web outlets in the coming weeks.

Morgan recently released the 5-song digital EP This Ole Boy with a full-length album expected early next year. The singer and avid outdoorsman can also be seen in the second season of his hit TV series, Craig Morgan: All Access Outdoors (Outdoor Channel).