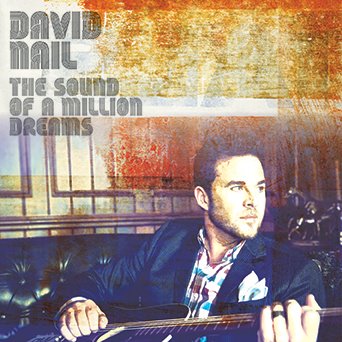 Nail kicks things off with “Grandpa’s Farm,” immediately showcasing his talents with his blues-esque tone that is prominent on this album & factors in nicely with his country twang.  “Songs for Sale” features Lee Ann Womack and their voices blend together nicely as they sing about their calling as musical artists.  “Desiree” is a standout track on the album where Keith Urban serves as a co-writer.  David captures the story perfectly as he tells the tale of losing “Desiree” to a rich man.  With lyrics such as “I can’t hold you any longer, you love his money more than me”, coupled with a well balanced music arrangement, the track is one that will standout to listeners well after the song is over.  “I Thought You Knew,” written by David Nail, Charles Kelley & Dave Haywood of Lady Antebellum and Monty Powell, will fit in nicely on country radio.  The song is a great reminder to tell the one you love that you do in fact love them, even if you think they already know.  “Half Mile Hill” is another captivating track on the album showcasing David’s talents.  While the music is simple in the background, David’s vocals speak volumes throughout the entire song as he sings about this hill that serves as an escape where one can go to think & reflect back on past experiences.  Album titled track “The Sound Of A Million Dreams,” written by Phil Vassar & Scooter Carusoe, is a song that lives up to it’s title, especially when delivered by David Nail.   The chorus serves as a testimony to David’s hard work, not only on this album but also to his career.  I labor for hours cause I know the power of a song when a song hits you right, pouring my soul into stories of life, hoping someone’ll hear one tonight. Maybe my voice will cut through the noise and stir up an old memory. And out of these piano keys comes the sound, the sound of a million dreams.  His vocals are strong, rich, & powerful making you want to hit repeat and listen to the song again.  “Catherine” closes out the album and is a beautiful dedication to David’s wife.  The track was written solely by David as he honors his wife Catherine telling her she is all he will ever need.  It goes without saying that Catherine is one of his dreams come true.

Keep up to date with David by visiting his official website, www.DavidNail.com.