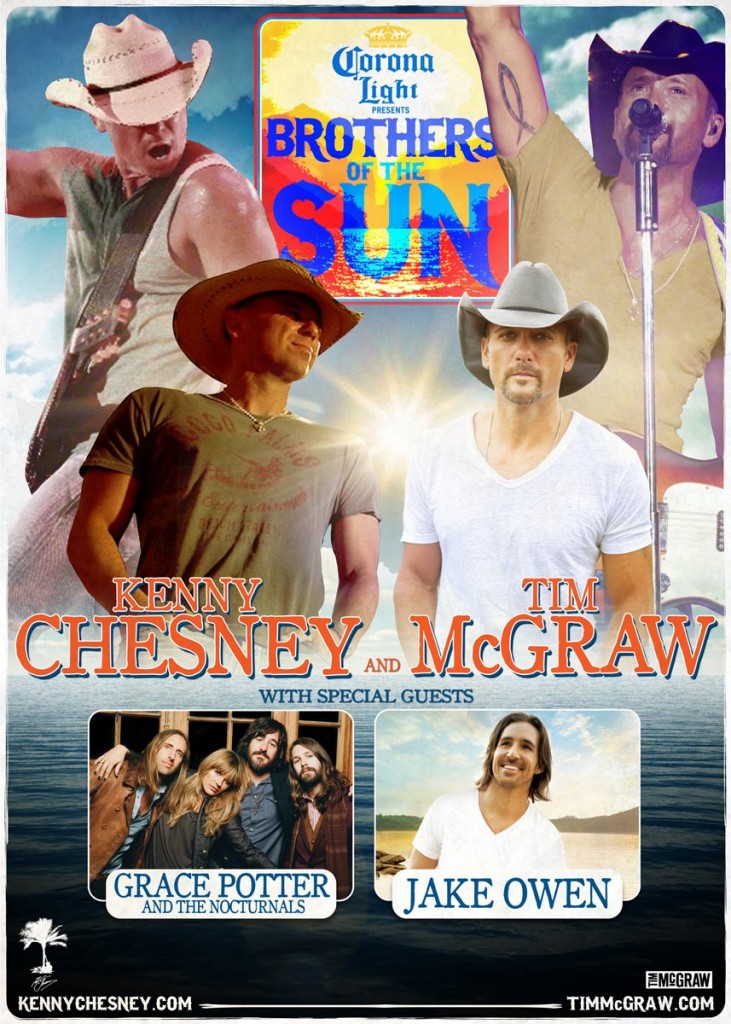 Kenny Chesney announced his summer 2012 tour with Tim McGraw earlier today.  The two will rock 19 stadiums across the US along on their Brothers of the Sun 2012 Tour which also includes Jake Owen and Grace Potter & the Nocturnals.  Chesney also released the tour art for the Brothers of the Sun 2012 Tour on his official facebook page.  Read the official announcement, including a list of tour dates HERE.