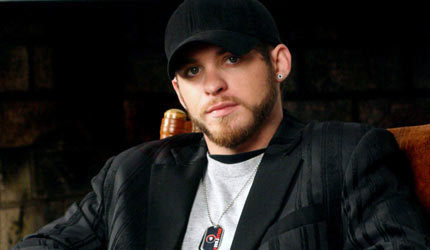 “In every state, there’s a station”…..playing Brantley Gilbert.

Valory Music Co.’s Brantley Gilbert has turned the lyrics of his current single, “Country Must Be Country Wide” into his own reality. As of this week, the song’s dominating radio airplay has earned Brantley his first #1 hit at Country radio as a recording artist.

“Country Must Be Country Wide” is the first single off of Brantley’s sophomore album HALFWAY TO HEAVEN DELUXE, which debuted earlier this year at #2 on the Billboard Country Albums chart. The Halfway to Heaven set (combined) has sold over 300,000 copies to date.

“This is and will always be one of the proudest moments of my life. I’ve only dreamed of this and now it’s really happening.  I am always amazed by how many fans come out to our shows. To see the fans combined with Country Radio earn me and the band a #1 song, it’s just unbelievable. I am so incredibly thankful,” said Brantley upon hearing the #1 news from the Valory Music Co. radio promotions team.

“Brantley Gilbert is a gale force wind blowing out of Georgia to the rest of America,” said President and CEO of the Big Machine Label Group Scott Borchetta. “Country Radio and its listeners and fans have embraced Brantley with the same passion as his ever-growing underground following. The album is on a speedy collision course with Gold sales and next year’s tour dates are going to be monumental. Brantley is now Country Wide.”

Brantley is no stranger to success on the radio charts, however. His hit songwriting abilities helped superstar Jason Aldean land on top of the charts with songs like “My Kinda Party” (12/28/10) and “Dirt Road Anthem” (7/19/11). In turn “Dirt Road Anthem” earned Brantley his first nomination at this year’s 45th annual CMA Awards for “Song of the Year”.

Brantley’s next single, “You Don’t Know Her like I Do,” impacts Country radio on December 12.

Brantley has an exciting 2012 to look forward with plans to hit the road with Eric Church on his The Blood, Sweat & Beers Tour. Beginning on January 19, 2012 in Fort Smith, AR, Church will kick-off the 50+ dates nationwide with stops stretching from New York, NY to Minneapolis, MN, Chicago, IL and Nashville, TN.