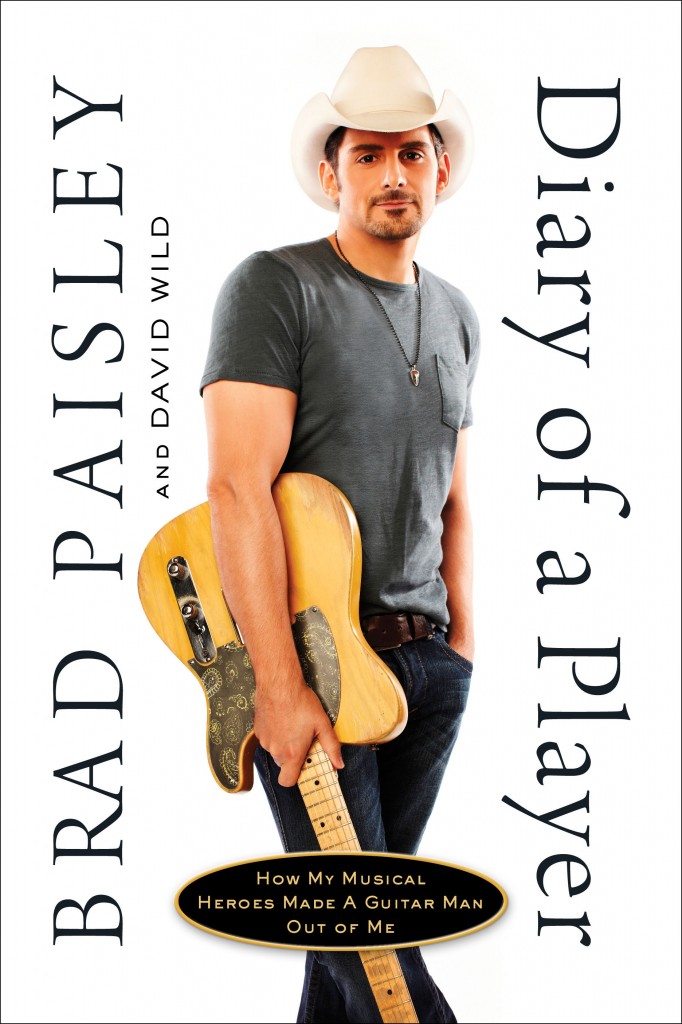 CMA Entertainer of the Year Brad Paisley has published his first major book titled DIARY OF A PLAYER with Howard Books, an imprint of Simon and Schuster. The book is released today, Nov. 1 and is a salute to the guitar gods of country, blues, and rock & roll who have shaped his life.  The book is co-written with David Wild, a contributing editor to Rolling Stone and an Emmy nominated television writer and producer.

Tune-in to see Paisley give personal insight on the writing of the book tonight on ABC’s Nightline 11:30pm Eastern, Thursday on The Daily Show with Jon Stewart on Comedy Central 11:00pm Eastern, Friday on Good Morning America on ABC 7:00am Eastern, CNN’s Piers Morgan Tonight 9:00pm Eastern and On the Record w/ Greta on Fox News 10:00pm Eastern.  Hannity on Fox News airdate to be determined and all dates/times subject to change.