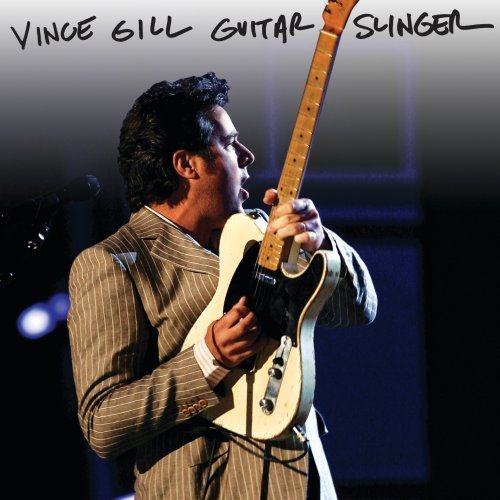 A guitar slinger’s gotta’ ramble.  Country Music Hall of Famer Vince Gill will make a series of national television and high-profile concert appearances over the next few weeks to perform selections from Guitar Slinger, his first new studio album in five years.  The album—in both its standard and deluxe editions—will be released Monday, Oct. 24.

In conjunction with the Guitar Slinger rollout, Nashville Mayor Karl Dean declared it to be “Vince Gill Week” on October 13 and celebrated the occasion with a party at the city’s Bridgestone Arena.

Gill’s last album, the 4-CD These Days set, debuted in 2005 and went on to win a best country album Grammy.

“Threaten Me With Heaven,” the first single from Guitar Slinger, is currently climbing the charts.

Nov. 16 (Wednesday evening)—Show at The Troubadour in Los Angeles.  This marks Gill’s return to the venue where he first gained prominence as an artist.  (Details HERE)