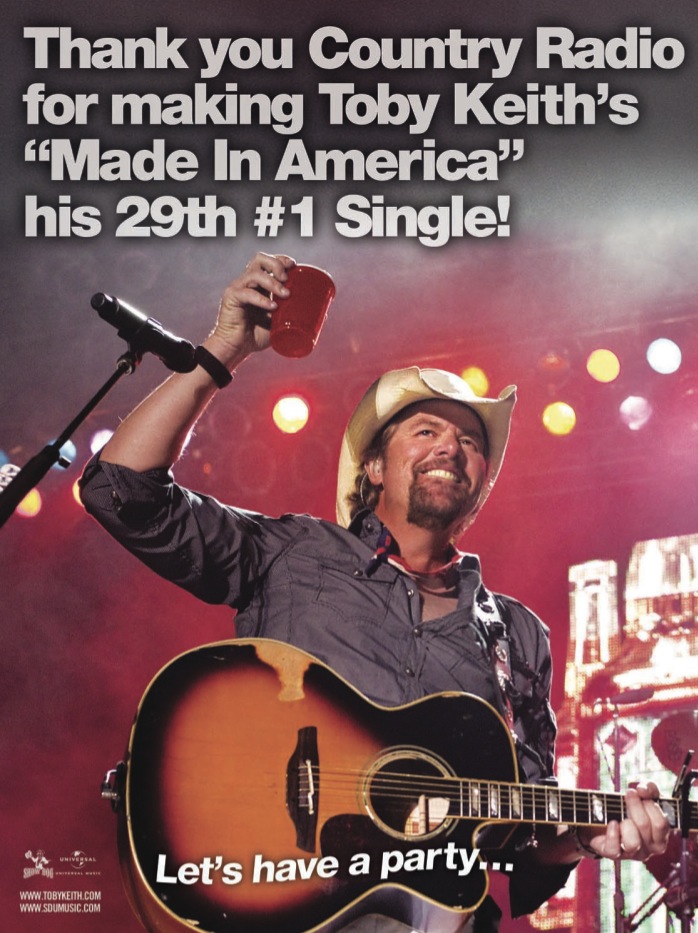 One of contemporary music’s most consistent hit makers, Toby Keith is celebrating the ascension of his latest No. 1 single, “Made In America.” The song, his 29th #1 single, has topped the Country Aircheck/Mediabase, Billboard/BDS and Music Row charts and is one of the fastest rising releases of his career.

Fortunately, frequent Keith co-writer Bobby Pinson offered up an idea anyway. “We got to talking about how when we were kids, if your car broke down your dad could take a wrench, WD40, bailing wire and a screw driver and about fix it,” Keith explains. “We jumped on that, started writing. I just couldn’t get past thinking that my old man was that old man.”

“Made In America” is one of 11 new tracks on Clancy’s Tavern, which will be released globally Oct. 24. A Deluxe Edition also includes four extra songs that are covers recorded live at Toby’s 2010 Incognito Bandito club show at The Fillmore in New York City.