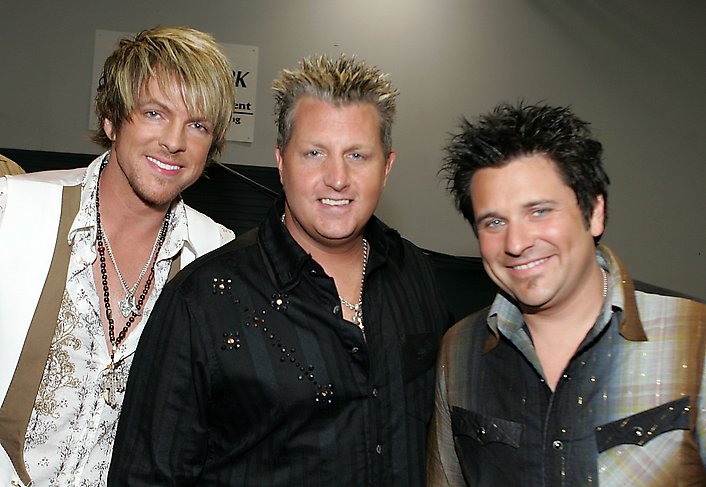 Rascal Flatts are hard at work on a new album they plan to release in 2012.  According to Gary, “It’s really good. (laugh) I mean, really good.”  One thing they’re doing different on this project is that Jay, Gary and Joe Don are producing some of the tracks entirely on their own.

“It’s really exciting for us to get in there and the three of us work on our music together without any outside influence,” says Jay.  “We love working with Dann Huff. He’s going to do the rest of the record and he’s brilliant but it was a really great creative outlet for us to get in there and sort of experiment ourselves and make some of the music ourselves so we’re really, really excited about that.”

Rascal Flatts is also excited about the quality of songs they’ve been receiving to record.  “There are a few writers and a few people in town that we feel like just get what we do and always come with A-list material. And so grateful for them for capturing our vision and sort of getting what Rascal Flatts is all about. Sort of harnessing that into their music and I’m just thrilled.”

In the meantime, the band just announced their 2012 Thaw Out Tour, featuring songs from their current Platinum album Nothing Like This, which contains their current hit “Easy”.