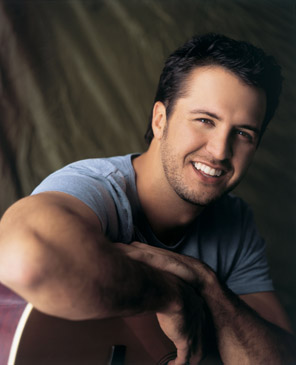 Local schools in all six towns will receive a “Luke Bryan Farm Tour Scholarship,” which will be given to a student from a farming family who is in financial need.

Great American Country’s “Top 20” and “Headline Country” shows were filmed during the Claxton show on Oct. 5. “GAC’s “Top 20” is set to air this Friday, Oct. 14 and “Headline Country” will air Thursday, Nov 3.  Also on Oct. 5, Luke was surprised with a plaque signifying that his current album tailgates & tanlines has been certified Gold® by the RIAA for sales of 500,000.  He also received a plaque for his first Platinum® single for sales of 1 million— the album’s lead smash hit “Country Girl (Shake It For Me),” which Luke co-wrote with fellow Georgian Dallas Davidson.

The idea for the Farm Tour concerts came from Luke as a way to give back to local farming communities by celebrating and lifting up the American Farmer and offering a fun escape with the outdoor shows.  DEKALB was the presenting sponsor.