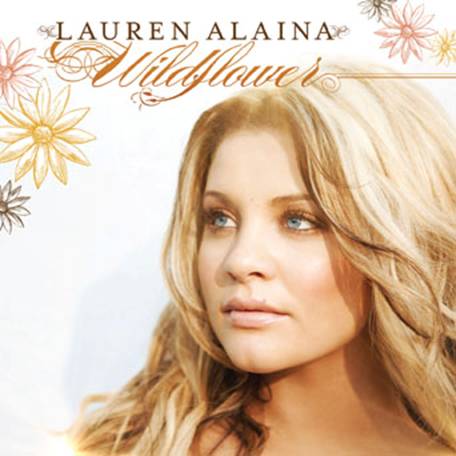 Mercury Nashville/19 Recordings/Interscope artist Lauren Alaina‘s debut album, Wildflower, is the best-selling female country debut since 2006 and is the highest country album debut this week, debuting at No. 2 on the Billboard Top Country Albums chart and an impressive No. 5 on the Billboard Top 200. With first-week sales of 69,013, Lauren is the youngest female artist to debut this high on the Billboard charts since LeAnn Rimes’ debut 15 years ago. Wildflower also becomes the best-selling digital album by a debut country female, selling 19,659 digital albums.

“I am just so thankful that I have been given the opportunity to share my music with the world,” said Lauren Alaina. “To see my name on the charts alongside country greats that I have admired and looked up to my whole life is absolutely mind-blowing!”

“Everyone here at Universal Music Group is really honored to be working with Lauren and so proud of what she has already accomplished,” says Luke Lewis, chairman and CEO of Universal Music Group Nashville, which includes Mercury Nashville. “At just 16 years old, Lauren has already proven she is dedicated to her career and willing to put in the hard work and it’s already starting to pay off. I believe this is just the beginning of what you are going to see from this young lady.”

“We are thrilled to be a part of Lauren’s success and congratulate her on an impressive debut,” says Steve Berman, Vice Chairman, Interscope, Geffen A&M Records.   “This achievement marks the beginning of much more to come from this talented young artist.”

According to Billboard, this is the first time since 2008 where both the winner (Scotty McCreery) and second-place finisher (Lauren Alaina) of American Idol posted Top Five-charting albums (or Top 10, for that matter). The last Nos. 1 and 2 placers to do so were 2008 winner David Cook and runner-up David Archuleta. Their debut albums bowed and peaked at No 3 and 2, respectively.

Lauren appeared on Good Morning America and Live with Regis and Kelly during release week and will perform her rocking new single “Georgia Peaches” on The Ellen Degeneres Show this Friday, Oct 21. She has upcoming features scheduled to run on CNN, E! News and Entertainment Tonight’s The Insider.  She was featured on a half-hour GAC special Introducing: Lauren Alaina that debuted Oct 10.