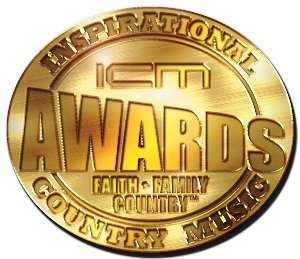 The 17th Annual Inspirational Country Music Association’s Faith, Family & Country Awards took center stage Friday night (October 28) at Nashville’s austere Schermerhorn Symphony Center for a presentation of their annual music awards.  It proved to be an event that transformed the elegant surroundings into a hometown celebration of pink carpet arrivals, tributes to the lives of Middle Tennessee breast cancer survivors and an evening filled with memorable moments and music with inspirational meaning.   This year’s Awards were tied “with pink ribbon” by the Inspirational Country Music Association to a highly publicized humanitarian theme which benefitted the Tennessee Breast Cancer Coalition.

Throughout the television taping before a live audience, a retinue of 136 breast cancer survivors was seated in a special honor section on the Schermerhorn stage. A centerpiece to the night was Ultimate World Fight Champion Rich Franklin who made a unique tribute presentation to the survivors in life –a personal message close to his own heart as the unusual and high profile “macho sport” male advocacy voice for breast cancer awareness.  A tribute to Ground Zero heroes brought an equally touching patriotic theme with performances by Lee Greenwood of God Bless The USA and Chuck Day with his self-penned I’ll Stand Up And Say So –selected as a theme of Herman Cain’s current presidential campaign.

Highlights included Ricky Skaggs emotional acceptance of the prestigious Entertainer of the Year Award for 2011.  Fitting to the honor, this year of 2011 marks an amazing 50 years of performing—and a memorable 52nd anniversary of Skaggs love affair with bluegrass music—a love story that began for him at age five when he first picked-up his first mandolin back in Cordell, Kentucky. Performing a heart-stirring version of Somebody’s Prayin’it was a night of double awards for him as he also received top honors from Inspirational Country Music Award voters in the top Musician category.

“I always try to entertain folks with good clean fun and stories from my youth,” noted Skaggs in accepting the Entertainer of the Year honor. “I always try to bring the gospel message of hope in Jesus Christ to our shows as well. I think now more than ever, people all over the country need hope. I’m very thankful to have won this award. I certainly look up to all of the people in this category. They are taking the gospel out to the folks who really need to hear it. Thanks again so much. It means a lot to me,” he concluded.

Other major wins of the night included Lady Antebellum’s Hello World, in the Video category. Noted Dave Haywood of Lady A on their award:  “This was a really emotional song and definitely the most dramatic video we’ve ever made. We are honored with the recognition from the Inspirational Country Music Award voters and we just appreciate the support of our fans.  We want to give a shout out to Roman White, who directed this video and created such a powerful visual story for our song…big thanks to him as well.”

Big Machine Label Group’s rising new superstar Justin Moore proved a winner with this year’s voters with Mainstream Inspirational Country Song honors being award to If Heaven Wasn’t So Far Away. “This song is a gift from God,” he noted in acknowledging  the honor. “I can’t think of a better way and a better place to win my first ever award so thank you very much and God bless you guys.”

Jeff Bates proved equally strong as a mainstream contender as he walked the Schermerhorn stage to receive Mainstream Country Artist top honors. Film honors went to Soul Surfer — the dramatic true story of young surfer Bethany Hamilton’s deep encounter with God after losing her arm in a shark attack at the age of 13. Directed by Sean McNamara, who also co-wrote the screenplay with collaborative writer Deborah Schwartz, McNamara was at the Schermerhorn to accept the award.

An emotional highlight of the evening was the naming of The Fox Brothers as the recipient of the coveted Legend/Pioneer Award.

The brotherhood trio of Roy, Randy and Lynn Fox are true representatives of the unique blend of Christian and country music. Growing up the brothers honed their harmonies and genius for entertaining an audience in the revival and church service world of their childhood in rural Tennessee. With success in southern gospel, The Fox Brothers expanded their reach to become one of the industry’s most beloved performing groups. They have a unique history leading up to tonight’s honor.  The Fox Brothers have previously been twice honored as “Entertainer of the Year” (2000-2001) by Inspirational Country Music Association voters who also deemed them “Vocal Group of the Year” through eight consecutive wins.

The presentation of the Inspirational Country Music Awards Show from Nashville were streamed live on a custom URL (www.stageit.com/faithfamilycountry) where music fans pre-accessed tickets to view the night’s online awards ceremonies.