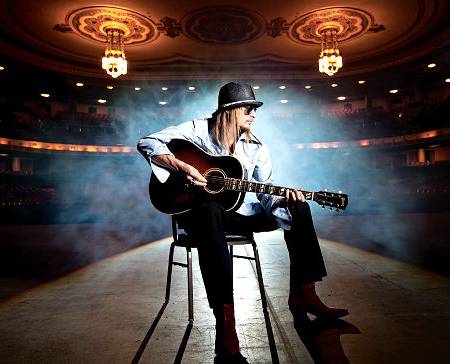 Tootsie’s Orchid Lounge owner Steve Smith announced today Tootsie’s Orchid Lounge 51st Birthday Bash will take place on Wednesday, November 23rd in association with Kid Rock, who is performing that evening at the Ryman Auditorium as part of his nationwide tour giving money to and raising awareness for people in need.

“We couldn’t be happier that Kid Rock is working with us to make the Tootsie’s Birthday Bash a ‘rockin’ good time for everyone in Nashville,” comments Steve Smith. “Kid Rock is a part of Tootsie’s history.  It’s going to be a memorable night.”

“Every time I end up at Tootsie’s its a good night, and I don’t expect this night to be any different.  It’s cool to be celebrating their birthday party with them; I like parties and seem to excel in that type of atmosphere.” commented Kid Rock on the event.

Tootsie’s is known to have been used as a “green room” to some of the greatest Opry stars including Patsy Cline, Hank Williams, and Ernest Tubb. “Tootsies is where the stars would come to wet their whistles and pick their guitars,” adds Smith.

The Tootsie’s Birthday Bash will begin at noon in the streets on Broadway.  Entertainment will be on both stages of Tootsies, the roof-top of Rippy’s, with a possible stage in the street.  After the Kid Rock show, Tootsie’s will continue the celebration into the night!

Tickets to Kid Rock’s show go on sale tomorrow, October 15th at 10:00 am CST.  Ticket prices range from $45 – $85 and are available at TicketMaster or at the Ryman box office.