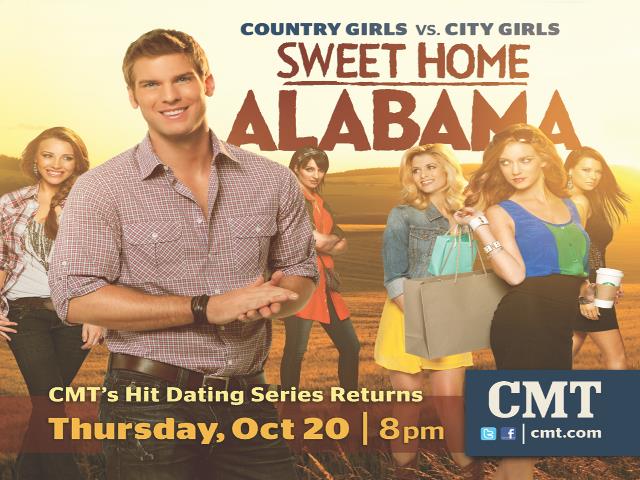 CMT’s highest rated series of 2011, SWEET HOME ALABAMA, returns TONIGHT with an all-new, eight episodes beginning Thursday, October 20 at 9:00 p.m., ET/PT. This season, the drama explodes and emotions are high as twenty-two women from across the country live in one house and compete for the affections of Tribble Reese, the handsome former Clemson quarterback and entrepreneur from Birmingham who was the runner-up in the series’ first run.

Join in on the fun and chat with @CMTShows tonight on Twitter and be sure to use #SweetHomeAlabama on your tweets to @CMTShows!!