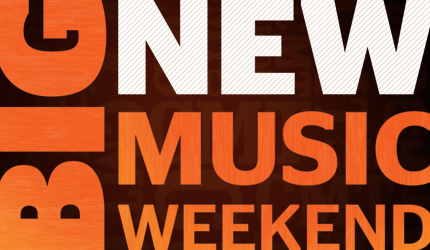 CMT will world premiere eight brand new music videos this weekend as part of its fifth CMT BIG NEW MUSIC WEEKEND, which kicks off Friday, October 14 at 6:00 a.m., ET/PT, and continues through music hours all weekend long.  Premiering exclusively on CMT are new videos from Zac Brown Band (“Keep Me In Mind”), Luke Bryan (“If You Ain’t Here to Party”), Tony Bennett and Faith Hill (“The Way You Look Tonight”), Toby Keith (“Red Solo Cup”), Chris Young (“You”), Justin Moore (“Bait A Hook”), Kevin Fowler (“That Girl”) and CMT’s Next Big Thing artist, Casey James (“Let’s Don’t Call It A Night”).  As the only videos featured throughout regularly scheduled music hours, the eight Big New Music Weekend artists will garner over 12 hours of air-play, along with an opportunity to personally introduce their video to fans each time it airs.  In addition, CMT.com will highlight each of the videos on its homepage.

“This weekend is all about the music and another example of how CMT is the place to come for new and exclusive music and videos,” said Leslie Fram, Senior Vice President of Music Strategy, CMT.  “BIG NEW MUSIC WEEKEND is not only about showcasing the biggest stars but also introducing fans to the artists who will become country’s next big thing.”

In addition, past CMT BIG NEW MUSIC WEEKEND alums return when viewers take over the channel during its newest music franchise, CMT SOCIAL HOUR, premiering Saturday, October 15 at 9:00-10:00 a.m., ET/PT.  Fans vote for their favorite videos on CMT’s Facebook page each week, and the top 11 make up the weekly show CMT SOCIAL HOUR.  Due in large part to an aggressive interactive strategy, CMT recently surpassed one million followers on Facebook and Twitter.