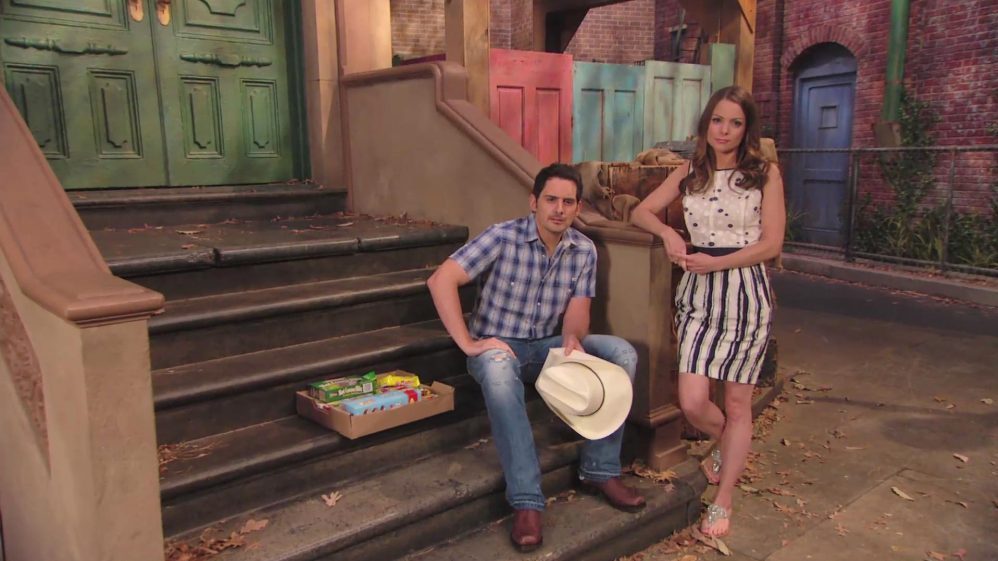 Growing Hope Against Hunger, a one hour primetime television special, produced by Sesame Workshop with documentary films by Academy Award winning director and filmmaker Cynthia Wade, will premiere on PBS starring Brad Paisley, Kimberly Williams Paisley and the Sesame Street Muppets airing nationwide on October 9th at 7:00 PM ET/ PT (check local listings).  The special, made possible by the  generous support of Walmart, presents families’ personal stories to raise awareness of the widespread issue of hunger in the United States, as well as strategies that have helped these families find resources and grow stronger together.  Growing Hope Against Hunger will also introduce a new Muppet named Lily whose family has an ongoing struggle with hunger.

A preview of the special was presented yesterday at the Bethel Gospel Academy with H. Melvin Ming, Chief Operating Officer of Sesame Workshop; Andrea Thomas, Senior Vice President of Sustainability at Walmart; Vicki Escarra, President and CEO of Feeding America and Sesame Street Advisory Board Member; The Gleason family, who were featured in the special; and Sesame Street’s Grover and new Muppet Lily.  In addition, a Spanish version of the special will air on October 22nd at 1 PM ET/PT on Univision and on October 23rd at 1 PM ET/PT on Telefutura.  All materials will also be available online at sesamestreet.org/food.

“Food insecurity is a growing and difficult issue for adults to discuss, much less children,” said Brad and Kimberly Paisley. “We are honored that Sesame Street, with its long history of tackling difficult issues with sensitivity, caring and warmth asked us to be a part of this important project. We hope that it will not only provide families with the tools they need to help them cope and live the healthiest life possible, but will educate the general population about the extent of food insecurity and hunger in the United States.”

The special highlights several strategies of empowerment, told through the eyes of children; viewers will meet a 7-year-old child who organizes a food drive for the pantry that helped her family; a community that arranges for struggling families to get unlimited access to healthy, fresh organic produce; a 10-year-old girl who collects food from high-end restaurants for an urban “food desert”; and a family that uses food assistance (WIC and SNAP) as the mother received culinary job training program — a program that ultimately changes their lives. These stories mirror some of the things shown happening on Sesame Street: food drives, a community garden, and neighbors who help neighbors.