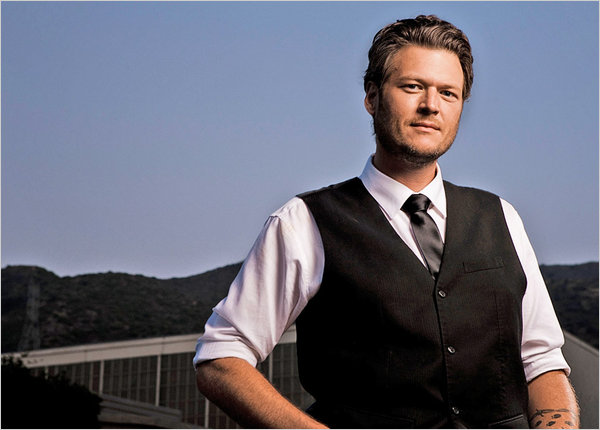 Blake Shelton, reigning CMA Male Vocalist of the Year and five-time CMA nominee including a nod for their most prestigious honor, Entertainer of the Year, is the first country artist in this calendar year to receive three No. 1 hits on both country charts. This week, Shelton’s fifth consecutive No. 1 single in 19 months, “God Gave Me You” makes its second week at the top of the Billboard chart and first week on the Country Aircheck / Mediabase chart. “God Gave Me You” is Shelton’s 10th No. 1 single following his smash hits: “Honey Bee,” “Who Are You When I’m Not Looking,” “All About Tonight” and “Hillbilly Bone.” “God Gave Me You” is off Shelton’s eighth studio album, Red River Blue, and is his fastest rising single to date. Shelton is currently back on the set of the hit NBC show, The Voice gearing up for their second season.