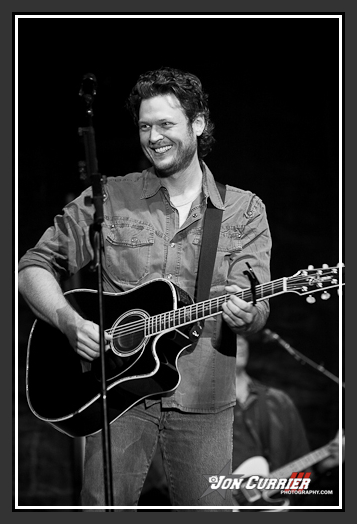 Blake Shelton revealed some pretty big details tonight via Twitter as he announced his headlining tour for early 2012. Earlier in the day he tweeted, “Hey y’all there will be an announcement tonight about my up coming tour.”  Apparently Blake couldn’t hold it in any longer and about four hours later he revealed the news, “Awe screw it…. I’m starting my head lining tour in January…. “Well Lit and Amplified” with Justin Moore and Dia Frampton!!!!!”  The tour will kick off in Toledo, OH and then hit 27 cities across the US and end on St. Patrick’s Day in Las Vegas at the Mandalay Bay.