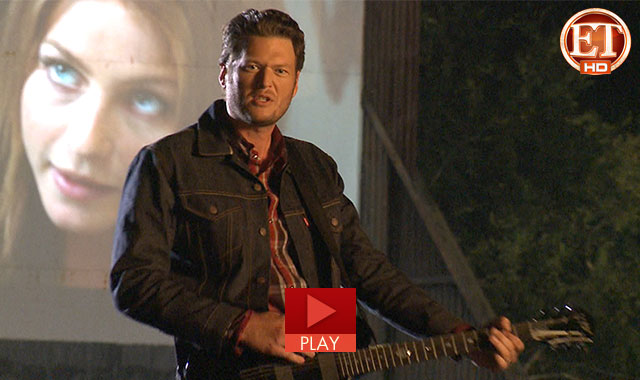 As previously reported the premiere of the music video for the remake of “Footloose”, starring Blake Shelton, will premiere Exclusively on Entertainment Tonight Thursday, October 6th.  Entertainment Tonight caught up with headlining stars Julianne Hough and Kenny Wormald and got their take on Blake performing the lead song for the movie.  Also, catch some behind the scenes footage of the filming for the video as well as Blake moonwalking…. yes you read that right, moonwalking…..