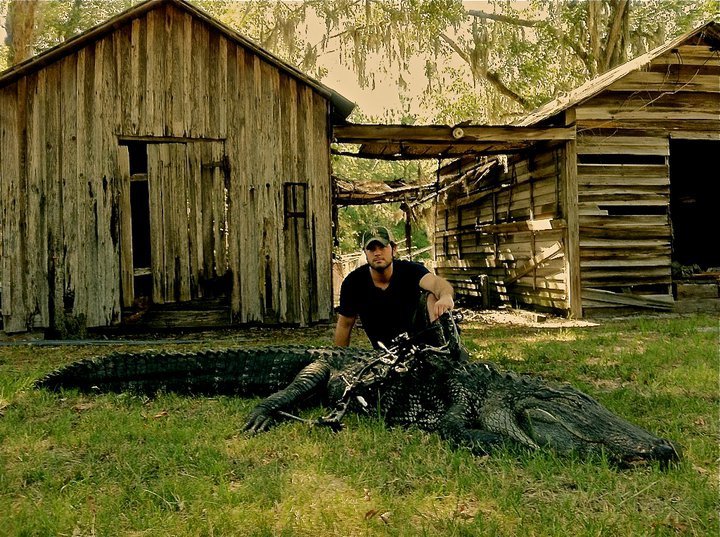 Chuck Wicks may have a challenge of the non-musical variety before him. Premiere Network’s Robin Rhodes caught up with Blake Shelton backstage in West Palm Beach, Florida at his show with Brad Paisley and the conversation turned to Blake’s love of hunting, specifically his recent gator hunt. Rhodes asked if he had seen the monster 12-foot, 700-pound gator country singer Chuck had bagged, which was incidentally 2 feet longer than Blake’s. Blake’s response? See for yourself on Chuck Wicks Facebook Fan Page by clicking HERE.

Wicks posted the photo to his Facebook fan page which prompted hundreds of responses, including requests for a deer season throwdown between the pair.

CountryMusicRocks wants to know who you think would come out on top if they were to go through with a hunting throwdown!!!  Are you for Team Chuck or Team Blake??!!  Cast your vote on our poll here:

Poll will close on Sunday, September 18th at 8:oopm EST.